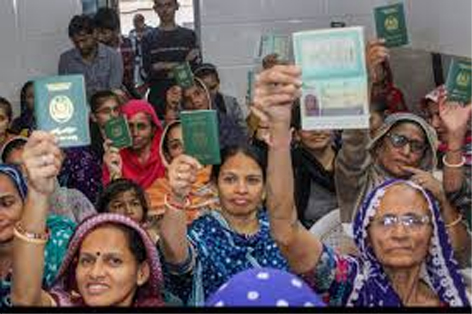 Dr. Etee Bahadur
In the month of February I met a few refugees from Sindh. While in a conversation with them, a certain image of Sindh and what it meant for a Sindhi to be a Sindhi, loomed in my mind.
A person studying for a paper on the historical survey of Medieval India from the sixth to the thirteenth centuries would picture a Sindh with its tales of resistance by attacks from the early Ummayad Caliphs and the conquest of Sindh by Muhammad Bin Qasim.
But I was in a conversation with a person here who belonged to Sindh a Sindhi national from the state of Pakistan, who had his own aspirations. A Sindhi who had his own understanding of his identity, a sense of ethno-national identity, and in this context wished to distance himself from the hegemonic state of Pakistan. A Sindhi I felt was someone who always felt marginalised by the state of Pakistan and Sindhi nationalism as I far understand has been the most spoken of among all the ethno-nationalistic identities of Pakistan.
Even though I was still in a conversation I begun to recall G.M. Syed the architect of Jiy-e-Sindh and the founder of Sindhudesh movement in Sann his hometown. I had read about Sann, recently as the Sindhi’s celebrated the birth anniversary of G.M. Syed , at his hometown a month before .Thousands of supporters had reached Sann located in the Jamshoro district in Sindh province in middle of January 2020. They were seen holding a banner which had a picture of G.M.Syed, Shafi Burfat and Altaf Hussain on it. The banner had these words written on it, ” The Sindhi nation do not want to live in a terrorist , theocratic fascist state of Pakistan” (https://www.outlookindia.com/website/story/world-news-now-sindhi-activists-demand-for-independent-nation-in-pakistan/323750)
A word on G.M. Syed and Ibrahim Joyo who were the two main pioneers of Sindhi nationalism becomes pertinent here. They were both neo-Gandhians and the chief concern for the two of them was the place of Sindh in Pakistan. Ghulam Murtaza Syed popularly known as G.M. Syed was the most controversial political figure of Pakistan who had criticized the founding fathers of Pakistan.
G.M. Syed left party politics in 1958. His book ‘Religion and Reality’ published in 1967 in Sindhi met with several fatwas and caused a scandal. In fact most of his writings were banned but have been reproduced and a few websites on his writings are also available on the internet now (http://www.sindhudesh.com. http://www.gymsed.org/ )
G.M. Syed worked on the cultural front to promote the Sindhi language and literature and spoke for a larger civilizational identity that had its roots in the Indus Valley. According to Syed the Sindhi national identity had certain basic elements which were an attachment of the Sindhi language, and an understanding that their history did not necessarily correspond with the national history of Pakistan. They would speak for Sindh’s cultural uniqueness and also held the view that the Sindh and Sindhi language were older than Pakistan and the Urdu language. However urdu as a language was proposed by leaders of Pakistan as their national language despite the fact that the Bengalis and the Sindhis had a dislike for it.
I further recalled reading on the issue of language and registered that the majority of the people in, Sindh spoke the Sindhi language, in fact it was the official language till the British rule however after Partition it was not seen to be encouraged. Laws were passed which were detrimental to the Sindhi Press and the publication of many dailies of the Sindhi language was stopped.
How then did the Sindhi language in Post- Partition state controlled Pakistan survive.
Has the process which goes into the making of a national identity of a nation been overlooked. Did they not understand the intensity of the ethno-linguistic national identities.
Has their been any attempt to develop an identity which one would refer to as being inclusive.
All the more so, these questions came to my mind at that point in the conversation, and a lot was left unsaid.
(The author teaches Development Studies at Jamia Millia Islamia)
feedbackexcelsior@gmail.com

TOD: Give it a chance