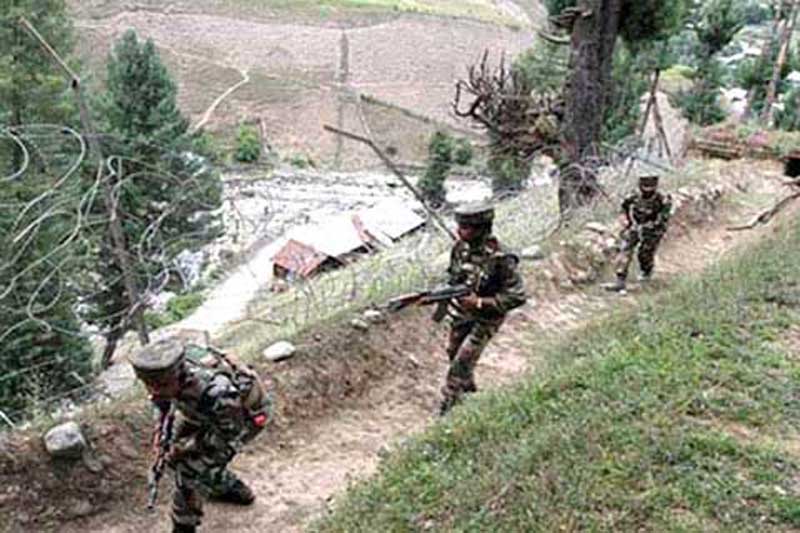 Excelsior Correspondent
SRINAGAR, Feb 11: A sentry at an Army camp in North Kashmir’s Uri area opened fire this morning after noticing suspicious movement near the camp and massive searches were launched by the security forces in the area.
A massive search operation was launched by the security forces. However, no militant was found. Police said that last night, sentry of Army Artillery unit at Rajarwani, Uri detected some suspicious movement around the camp and opened fire.
The area has been cordoned off and is being searched jointly by the police and Army. The sentry spotted two people in the Nallah.
“There has been no attack and no fire from other side. Just speculative fire by the sentry seeing suspicious movement. No confirmation of any militant as of now,” said the spokesman.

Click here to watch video
And authorities imposed restrictions in parts of Srinagar while rest of the Valley observed shutdown on the 35th hanging anniversary of Mohammad Maqbool Bhat.
Bhat was hanged and buried in New Delhi’s Tihar Jail on this day in the year 1984. The shutdown was called by Hurriyat (G) chairman Syed Ali Shah Geelani, Hurriyat (M) chairman Mirwaiz Umar Farooq and chairman of Jammu and Kashmir Liberation Front (JKLF) Mohammad Yasin Malik.
Shops, businesses establishments remained closed in Srinagar and other major towns of Kashmir. Public transport also remained affected but private vehicles were seen plying on most of the roads. The strike also affected work in Government offices, banks and post offices.
Authorities had imposed restrictions to thwart any possible protest today. Security forces sealed roads in Srinagar today including at business Hub Lal Chowk, Maisuma and others.
Police and paramilitary were deployed on the roads to prevent protests. They were fanned out in the old city areas of Srinagar who had blocked all the roads with barricades and concertina wire to curtail pedestrian and vehicular movement in these areas.