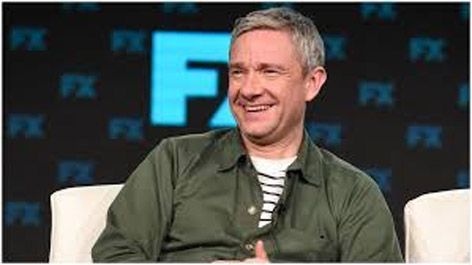 London, Feb 25:British actor Martin Freeman will star in BBC Two’s new crime drama series “The Responders”.
The 48-year-old actor will portray Chris who tackles a series of six night shifts on the beat in Liverpool as an urgent response officer.
“Whilst trying to save his marriage and keep his head above water as a police officer, Chris is forced to take on a new rookie partner Rachel. The antagonism between them immediately threatens to make their new partnership unworkable and both soon discover that survival in this high pressure, relentless night time world, will depend on them either helping or destroying each other,” the official logline of the show read.
The show has been written by Tony Schumacher, a former police officer, who draws on his own experiences from the time he spent in the force.
Each episode also follows self-contained police stories full of complex and vulnerable characters from Liverpool’s underbelly, and holds a mirror up to the punishing reality of officers working on the front line, BBC said in a statement posted on their website.
“Tony Schumacher’s script for ‘The Responder’ resonated with me immediately. It felt like nothing that I’d read or seen. Great to work with Laurence and Chris at Dancing Ledge again and finding a home at the BBC has been a wonderful start to the journey,” Freeman said.
Dancing Ledge Productions is producing the show for BBC Two with Laurence Bowen, Chris Carey and Mona Qureshi serving as executive producers. (PTI)