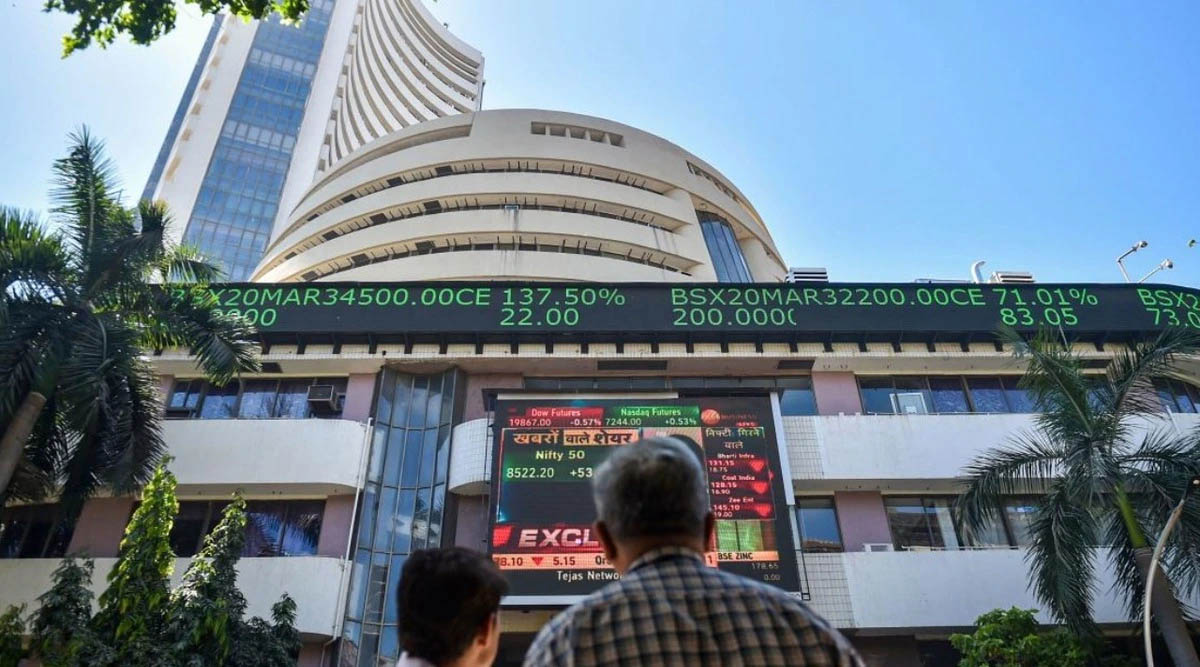 Mumbai, Dec 2: Equity benchmark indices ended lower on Friday, halting their eight-day rally, amid a weak trend in global markets and emergence of profit-taking.
The 30-share BSE Sensex fell 415.69 points or 0.66 per cent to settle at 62,868.50. During the day, it tanked 604.56 points or 0.95 per cent to 62,679.63.
The broader NSE Nifty dipped 116.40 points or 0.62 per cent to end at 18,696.10.
Among the Sensex pack, Mahindra & Mahindra, Hindustan Unilever, Maruti, Nestle, HDFC, Asian Paints, Bajaj Finance and Power Grid were among the major laggards.
Tata Steel, Dr Reddy’s, Tech Mahindra, IndusInd Bank and HCL Technologies were among the winners.
Elsewhere in Asia, markets in Seoul, Tokyo, Shanghai and Hong Kong ended in the negative territory.
Equity exchanges in Europe were trading mostly lower in the afternoon trade. Wall Street had ended lower on Thursday.
“The rally in the domestic market was halted by negative cues from global counterparts and broad-based profit-booking in large caps. The correction in the market was led by auto stocks as the sales data came in lower-than-expected due to weaker exports and sequential de-stocking,” Vinod Nair, Head of Research at Geojit Financial Services.
The BSE benchmark had climbed 184.54 points or 0.29 per cent to settle at 63,284.19, its fresh record closing high, on Thursday. The Nifty advanced 54.15 points or 0.29 per cent to end at 18,812.50, its new record closing high.
International oil benchmark Brent crude was trading 0.13 per cent lower at USD 86.77 per barrel.
Foreign Institutional Investors (FIIs) offloaded shares worth Rs 1,565.93 crore on Thursday, as per exchange data. (agencies)