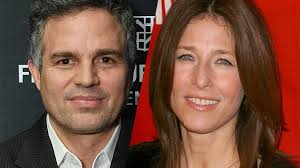 Los Angeles, Nov 24: Hollywood stars Mark Ruffalo and Catherine Keener are the latest additions to the Ryan Reynolds-fronted “The Adam Project”.
According to The Hollywood Reporter, newcomer Walker Scobell and Alex Mallari Jr are also joining the Netflix-Skydance film.
The movie follows a man (Reynolds) who travels back in time to get help from his 13-year-old self. Together, they have to find their late father, who is now the same age as Reynolds’ character, and set things right in order to save the future.
While Ruffalo is playing Reynolds’ father, a brilliant physicist, Keener will essay the role of the villain, a woman who has stolen powerful technology from the physicist.
In his first professional job, Scobell has been cast as Reynolds’ younger self and Mallari is set to play the villain’s right hand.
“The Adam Project” will be directed by Shawn Levy, who recently worked with Reynolds in the upcoming movie “Free Guy”.
Levy and Reynolds will also produce the new movie.
Jonathan Tropper is currently writing the latest draft of the film, based on scripts by TS Nowlin and Mark Levin and Jennifer Flackett.
Production on the film, also starring Zoe Saldana and Jennifer Garner, is underway in Vancouver. (PTI)