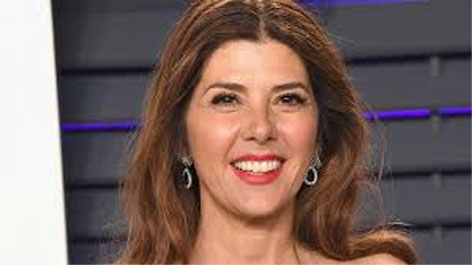 Los Angeles, Aug 4: Oscar-winning actor Marisa Tomei is set to lend her voice to the audiobook of author Elena Ferrante’s upcoming novel “The Lying Life of Adults”.
The narration of the novel, which marks Tomei’s first audiobook effort, is set to be released on September 1.
“As a devoted fan of Elena Ferrante’s ‘My Brilliant Friend’ and ‘Neapolitan’ novels, I was honoured and thrilled to be asked to narrate the audiobook for ‘The Lying Life of Adults’.
“The recording was very emotional at times — both the director and I cried as we relived the trying, heartbreaking, and exuberant moments from our own girlhood, feelings so specifically captured in Ferrante’s otherworldly writing,” Tomei said in a statement to The Hollywood Reporter.
The novel focuses on the character Giovanna throughout her childhood and adulthood in Naples, searching for her reflection in two kindred cities that fear and detest one another.
“Ferrante illuminates the intricacies and subtle moments of growing up that suddenly make you who you are before you know it. Being in Giovanna’s skin, inhabiting such raw adolescent feelings as she faces her own autonomy and agency, sexism, and classism, was a savage, raw confrontation of life in its fullness,” Tomei added.
“The Lying Life of Adults” is already confirmed to be adapted into a Netflix series. (PTI)