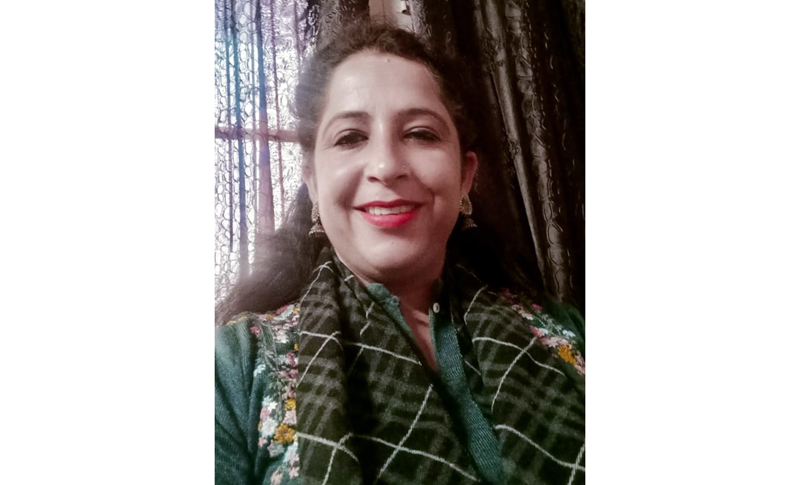 JAMMU, Dec 2: Like many other areas of the city, most parts of Ward Number 7 also get dirty water from the supply by Jal Shakti Department and the sewerage work is also wrongly executed there which has now triggered a lot of problems for the locals.
“Water supply pipes in Ward Number 7 need replacement as these pipes are more than 50 years old and have developed leaks at many places due to which people are getting contaminated water at many places in the Ward,” said Ritu Choudhary, Councillor of Jammu Municipal Corporation (JMC) from the Ward.
She claimed that sewerage work in the Ward has been done in extremely poor manner wherein pipes of sewerage often get blocked at many places and the litter comes out from the manholes and spreads on roads and lanes leaving problems for the passersby and the locals.
The JMC Councillor further said that sewerage people dig roads and streets to lay their pipes and then go away without properly repairing the same and this further adds to the problems of the locals.
In an exclusive interaction with the Excelsior, Ritu Choudhary, who politically belongs to Congress and is a first time Councillor informed that her Ward includes areas of Gumat Bazar, JMC premises, some portion of Hari Market, Residency Road, Kanji House Mohalla, Hari Nagar (Gnddu Ki Chowni), Eid Gah, Paddar Mohalla, Prem Nagar, Jogi Gate, Christian Colony and Jogi Gate-DPS stairs.
She said that there are two Nallahs in her Ward-one at Kanji House and the other at Christian Colony and both are very old Nallahs which are underground and need immediate repairs because the houses near these deep drains have stated sinking but these Nallahs do not cause damage due to floods.
The Councillor also said that road blacktopping at Kanji House in her Ward is pending for the last four years due to lack of coordination between Public Works Department and JMC while a footpath which was being constructed under Smart City project has not been yet completed due to a Court Stay and the Nallah at Fish Market in the area has also not been repaired due to paucity of funds.
“About 80 per cent work of lanes and drains has been completed in my Ward,” she maintained adding: “Though installation of Street Lights is almost complete in the Ward yet some 150 such lights are still required in the area while of the installed ones maximum have now become non-functional and the agency concerned with repair of these is not taking its work seriously in this regard.”
Ritu said that there are two parks in the Ward-Lala Hans Raj Park and Kanji House Park and both of these are well maintained with lights, Open Air Gyms, seats etc.
“The Autos engaged to collect garbage by moving from door-to-door are doing a good job but still some garbage dumps are there in the Ward and there is a need of two more such autos for proper garbage disposal in the area,” she said.
The Councillor said that there are 33 Safai Karamchari in her Ward but there is a need of 10 more for proper cleanliness in the area.
“There is no playground and no parking place for vehicles in my Ward and there are hanging wires and damaged poles in Christian Colony area of the Ward for which no corrective measures were taken due to lack of funds,” she said adding that there are Community Halls at Guru Ravi Dass Mandir and Shiv Mandir where JMC has spent Rs. 40 lakh on developments.
The JMC Councillor also said that Smart Meters are not fully installed in her Ward and wherever these have been installed, people have resentments as these Meters are giving hefty bills.
“At Jogi Gate-the oldest Crematorium in the city JMC has done many works and the remaining works will also be done there soon,” she claimed adding that Rs. 25 lakh have been spent by JMC on developmental works on the Graveyard in her Ward under which main gate of steel has been installed and sheds and stairs were made while JMC has also spent Rs. 1 crore on a Vocational Centre in Christian Colony.
The Councillor informed that stray dogs are a big problem in the Ward as these canines not only spread litter everywhere but also panic the children and old age people and run after two wheelers.
“Though I helped many widows, elders and physically challenged people to get pensions but the newly introduced rule for these pensions exclusively to Below Poverty Line people is creating problems for many of the deserving persons,” Ritu said.
She said that almost all the residents of her Ward have made their Ayushman Cards and the eligible Voters have got their Voter Cards while Domicile Certificates have also been made by most of the people.