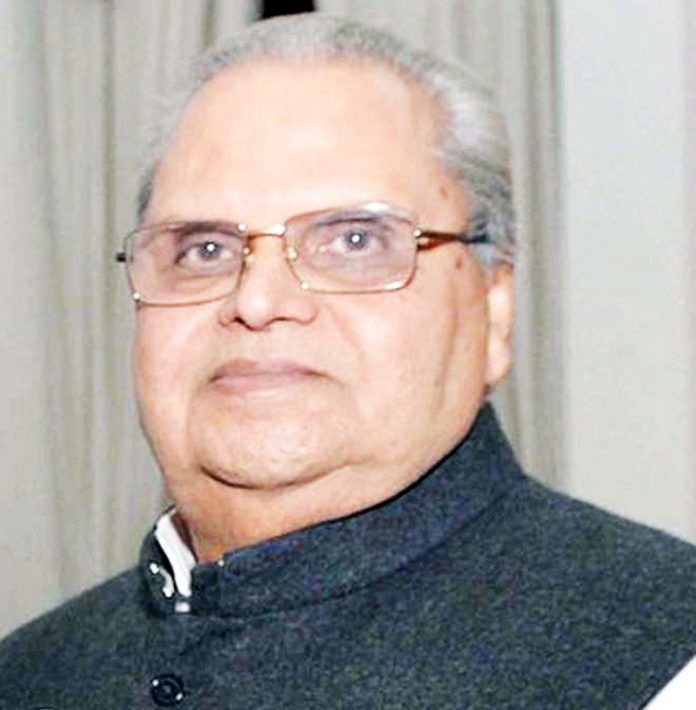 Excelsior Correspondent
JAMMU, Aug 29: Governor Satya Pal Malik today reversed two major decisions of his predecessor NN Vohra fixing timeline for utilization of Constituency Development Fund (CDF) of legislators and imposing ban on inauguration of developmental works and projects by the MLAs on the ground that the Assembly was under suspended animation.
Both the orders were issued today by the Governor soon after his return to Srinagar from the Union capital.
The decisions taken by Vohra during the Governor’s rule hadn’t gone well with the BJP, which had openly reacted against them voicing strong resentment saying this will put to a halt the political activity at the time when the Government was trying to restore democracy at grass root level by holding elections to the Municipalities and Panchayats.
Initially, Vohra had completely barred the MLAs from using the CDF on the ground that the Legislative Assembly was under suspended animation. After uproar by the BJP MLAs, who had taken up the issue with the party high command, the former Governor had relaxed the order and fixed September 30 deadline for use of CDF by the MLAs.
The new Governor today withdrew the timeline, thus, allowing the MLAs to use CDF as per the past practice. The MLAs have Rs 3 crore worth CDF every year.
“Legislators will continue to recommend works under the Constituency Development Fund scheme subject to availability of balance CDF funds in their respective accounts and in tune with the guidelines of the scheme,” Malik said while reviewing progress of developmental works in Srinagar today.
The Governor observed that unhindered continuation of the CDF scheme was essential to ensure that elected representatives respond to the developmental issues expeditiously.
He directed that new timeline will not apply anymore in future and works could be sanctioned as long as funds exist.
Malik has also lifted the restriction imposed by the previous Governor on inauguration of developmental works and projects by the MLAs.
He directed that all such public projects completed through the State funding could be inaugurated by the public representatives.
Observing that it would be inappropriate for any complete public project executed through State resources to remain unutilized for want of formal inauguration, he directed that the elected representatives be requested to inaugurate all such projects in their respective constituencies and dedicate them to the people for early use.
Soon after Vohra had announced the decision to suspend CDF of the MLAs and bar them from inauguration of developmental works and projects even in their constituencies, the BJP MLAs were up in arms saying that instead of giving boost to political process, Vohra had tried to curb the political activities as the decisions would demoralize the MLAs, who would be rendered defunct as they won’t be able to go to the masses in the absence of CDF.
Even Legislative Assembly Speaker, Dr Nirmal Singh had also taken up the issue with the then Governor and urged him to withdraw decision on CDF and ban on inaugurations by the MLAs on the ground that the Legislative Assembly has only been kept under suspended animation and wasn’t dissolved. Therefore, he had said, the MLAs enjoyed full powers except for making legislations.