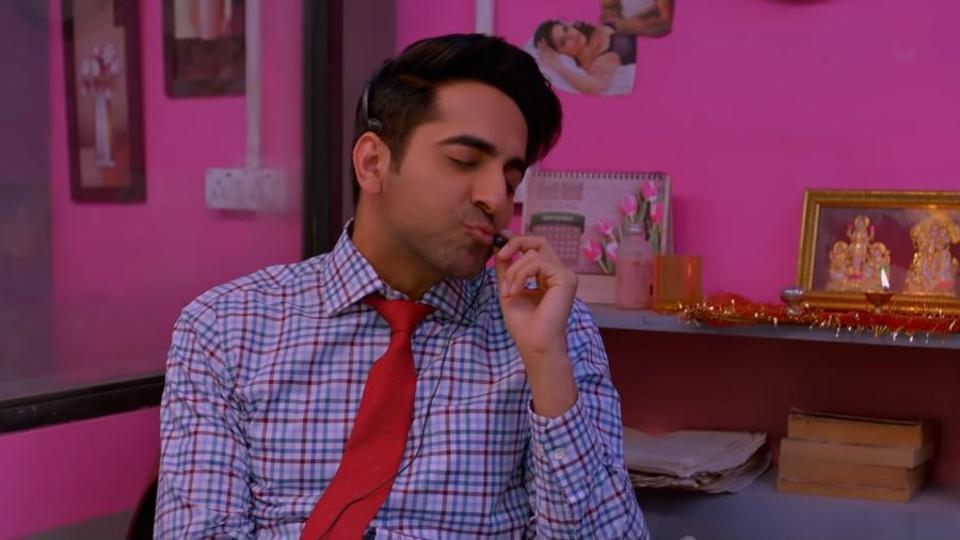 NEW DELHI: The makers of ‘Dream girl’ on Tuesday released the second song from the Ayushmann Khurrana starrer titled, ‘Dil ka telephone’.
It is the theme song of the movie and showcases four people who are in love with ‘Pooja’ and are constantly on the phone talking to her in the most quirky and fun way.
The song establishes Ayushmann Khurrana’s relationship with four other characters and sets the general tone of the movie.
Talking about the song itself, ‘Dil ka telephone’ has quirky and upbeat music and it will without a doubt, soon become a party song for fans around the world.
Boasting of a crackling ensemble cast of Annu Kapoor, Vijay Raaz, Manjot Singh, Nidhi Bisht, Rajesh Sharma, Abhishek Banerjee and Raj Bhansali, ‘Dream Girl’ is directed by Raaj Shaandilyaa, and is produced by Shobha Kapoor, Ekta Kapoor’s Balaji Telefilms.
‘Dream Girl’ is all set to release on September 13.
(AGENCiES)