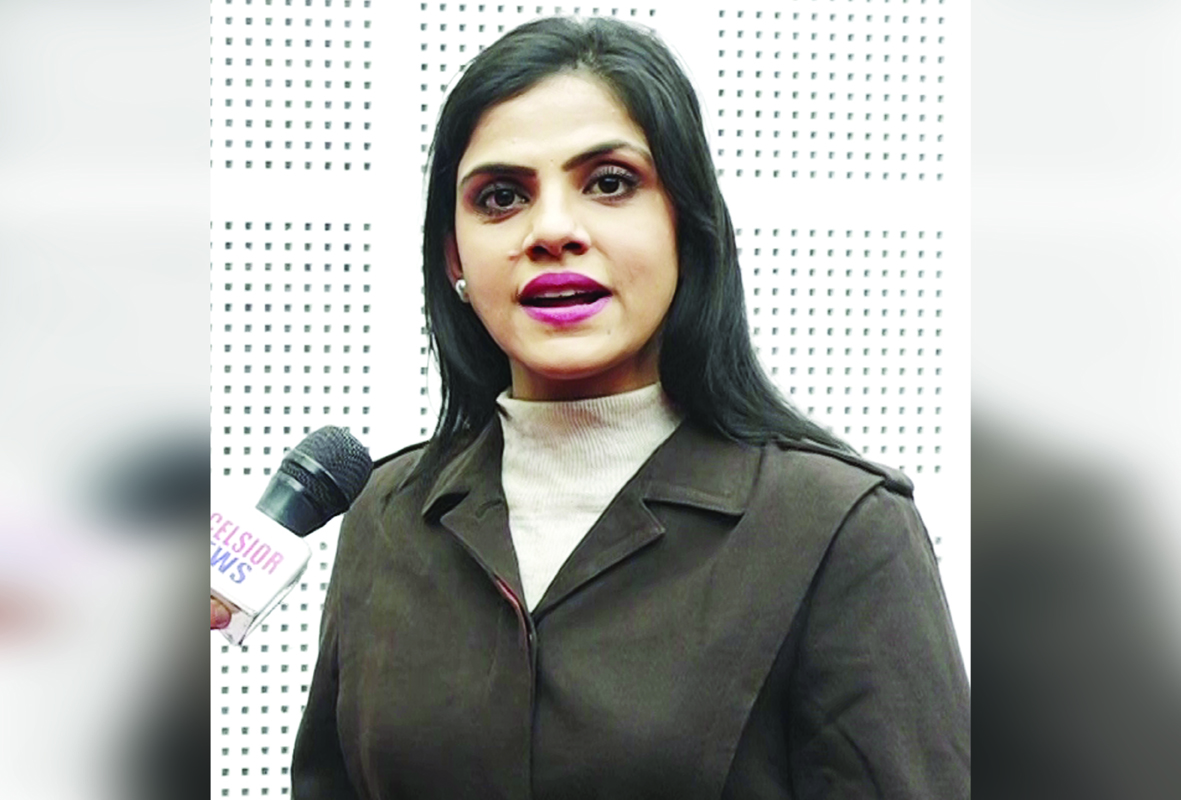 Ritesh Gupta
Former President of India Dr APJ Abdul Kalam Azad has rightly said, “You have to dream before your dreams can come true.” This quote suits well to daughter of Jammu, Mahi Sharma, who had once seen a dream of seeing herself on Silver Screen and fulfilled the same with her dedication, determination and hard work.
Born on 14th July 1993 in a middle class family at Bharat Nagar (Jammu), Mahi Sharma is now a well known name in Bollywood. Mahi started her career from Kalsi’s small character on Colours TV show “Sakhti”-ek astitva ke ehsaas ki, and then went on doing several serials, a web series and also Hindi Feature Film ‘Vodka Dairies’ She performed lead role (Maya Tyagi– a cop) in Crime Alert show for Dangal channel, web series ‘Bhram’ and Sony channel show ‘Main Mayke Chali Jaungi’. Her character ‘Shikha Sharma’ in Sony channel show became very popular.
In an exclusive interview to EXCELSIOR, Mahi said that she realized the popularity of her characters in serials when in her own city Jammu’s airport, a family recognized her as “Shikha” not Mahi and requested her for selfie. Mahi said some people throttle their potential by refusing to think “what if?” and ignoring what’s truly important to them in life but she always had belief on herself and her parents supported her whole heartedly from the very beginning.
“I completed my schooling from Tiny Tots Higher Secondary School Jammu and higher education from University of Jammu. Being a small town girl, I had passion for modeling and acting from very beginning and I am lucky that I could achieve what I had aspired for but very few get chance to complete it as parents and families in small towns like Jammu do not support their children but my parents always stood behind me and motivated me to fulfill my dreams,” Mahi said.
Mahi shared that she started her career as a model from Jammu, where she did a lot of ramp shows, advertisements and performed in devotional video songs and after that she moved to Mumbai to fulfill her dreams. “It was not easy for me in Mumbai. I had to give a lot of auditions and face rejections but with the blessing of my parents managed to get some work there after wait of some months,” she said when asked about her struggle in Mumbai ‘Nagri’.
“Success does not come within a day. We have to work hard for years and keep patience. Like many I was also impatient initially but with the passage of time I had learnt that for getting success you have to keep patience,” said daughter of Jammu. Mahi said she has performed many characters like Aditi, Shikha and Kalsi on Television but ‘Kalsi’ is her favourite character as it gave her a lot. It was due to this character that I got not only fame but also my first Television award, she added.
When asked about her entry in movies, Mahi said it happened all of a sudden as she was going for audition of a serial and somebody told her to give audition for the movie ‘Vodka Dairies’. After 3-4 days of giving audition I got a call from them that I have been selected, she said. “Same happened in my first web series ‘Bhram’. I was going to give audition of a serial but on someone’s call I also gave the audition for web series and got selected,” Mahi shared.
Currently, Mahi said, her serial ‘Shub Labh’ is being streamed on Sony Sab from Monday to Saturday at 3:30 PM. She hoped that that she will get same love for her character in the “Shub Labh’ as has got for other characters she performed in various serials. She further shared that very soon she will be seen on Star Plus show.
Sharing her experiences of TV sets, Mahi said she enjoys a lot at sets. “All are very friendly. They give a family like atmosphere. Even after shoot, one does not want to go home as such friendly is the atmosphere there,” expressed Mahi.
Speaking about her dream project, Mahi said that she wants to come in a lead role in Star Plus show. On her future projects, particularly movies, Mahi said that very soon her fans will see her again on Silver Screen but refrained from divulging details of the project.
In her message to the parents of Jammu, Mahi Sharma appealed them to support their children and trust their abilities so that they can shine in the field they are interested in and earn name for their family, town and the state.