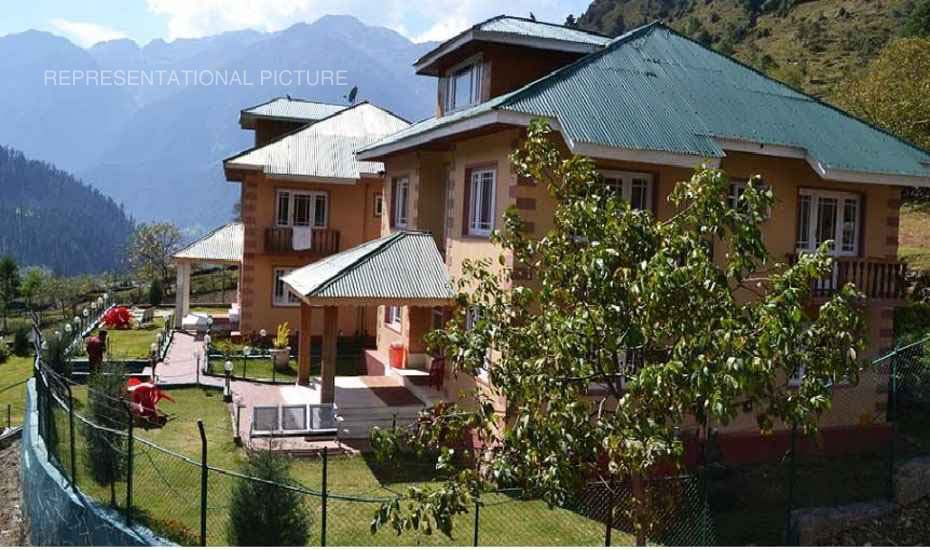 NEW DELHI, Sept 3:
With the nullification of Article 370 of the Constitution paving the way for non-residents to buy land in Jammu and Kashmir, the Maharashtra Government today said it plans to buy land for two resorts in the region.
According to officials, the Maharashtra Tourism Development Corporation (MTDC) will set up two resorts – one in Pahalgam in Kashmir valley and the other in Leh, Ladakh. They said the resorts will aid the tourists going for the Amarnath Yatra and to visit the Mata Vaishno Devi shrine.
The decision has come nearly a month after the Government revoked the special status of Jammu and Kashmir, which led to the lifting of the ban on property purchases by non-residents, opening the way for Indians to invest and settle there, just as they can elsewhere in India. The measures, however, were expected to provoke a backlash.
The Government said it has allocated Rs 1 crore each to build the two resorts, and a land survey to identify the location will be undertaken in 15 days.
Maharashtra Tourism Minister Jaykumar Rawal said MTDC board has decided to set up two resorts; one in Ladakh and another one in J&K. “In Jammu and Kashmir we haven’t found a place yet, we are looking at Srinagar, somewhere close to the airport,” he said.
“In Leh, we are planning to start a mountaineering resort, because of Maharashtrians are interested in mountain climbing, we are going have our on mountaineering resort there,” he said adding “we have earmarked Rs one crore for each of the resorts.” He further said MTDC is planning to write to the J&K Governor asking if there is a Government land available they can buy.
Jaykumar Rawal had earlier said the MTDC “does not want to miss the opportunity to invest in Jammu and Kashmir”, which is very popular among tourists.
The MTDC is a State-owned body involved in the development and maintenance of various tourist locations across the State. It also owns and maintains resorts at all key tourist centres in Maharashtra.
Meanwhile, the Karnataka Government today also said it plans to build a hotel and tourism centre in J&K.
Karnataka would seek land from the J&K Government for this purpose, Minister of Tourism C T Ravi said.
Our plan is to open one KSTDC (Karnataka State Tourism Development Corporation) hotel…We will try to get the land first. Then, we also want to open our tourism centre there… We hope it will result in a win-win situation for both States, and boost tourism,” Ravi said.
He said the matter would be discussed with the Karnataka cabinet before sending a proposal in this regard to the J&K Government.
“As it is something that has to be done in another state, it will have to be decided in the cabinet before going ahead,” he added.
The State Government’s move comes after the Centre scrapped special status to Jammu and Kashmir under Article 370 of the Constitution.
With the revocation of these provisions, the bar on outsiders from buying land in Jammu and Kashmir, a major tourist destination, has been lifted.
With effect from October 31, Jammu and Kashmir would be bifurcated into two Union Territories- Jammu and Kashmir, and Ladakh, as a bill in this regard was passed by Parliament and given Presidential assent.
Ravi in a tweet said, While we are focused on improving the tourism industry in Karnataka, we are also contemplating about making an entry into Jammu & Kashmir tourism.
Karnataka’s art, architecture, culture & traditions can be showcased in India’s crown, resulting in a win-win situation for both States. (Agencies)