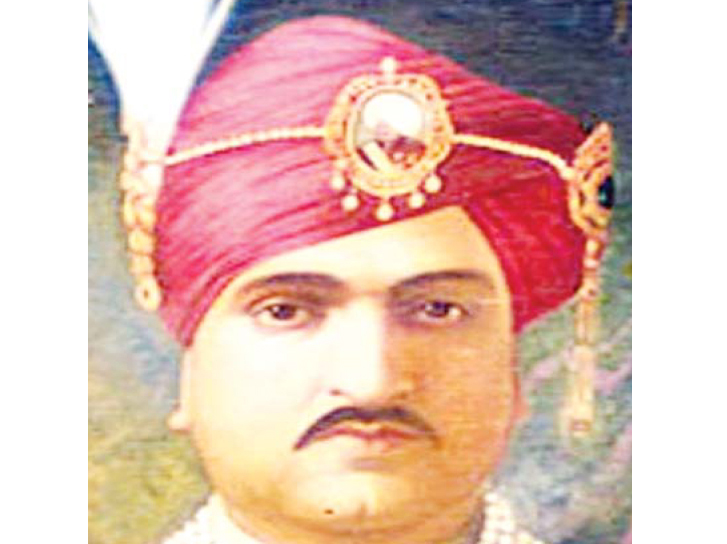 British had decided to leave India after dividing the nation into two dominions i.e India and Pakistan. Pakistan was a poignant demand by the Muslim League led by Mohd Ali Jinnah. The 1947 ‘Indian Independence Act’ was passed by the British Parliament that partitioned British India into the two new independent dominions of India and Pakistan. The Act received Royal Assent on 18 July 1947. Thus, Pakistan and India came into being as distinct nations on 14 August and 15 August 1947. Contemporary history confirms the widely perceived account that Maharaja Hari Singh, ruler of J&K State at the time of independence, wanted to remain ruler of an independent J&K State. It is widely believed that British ‘India Independence Act 1947’ gave choice to all princely states to join India or join Pakistan or remain independent. However, contrary to the popular belief, Independence Act of 1947, does not give any option to any princely state to remain independent. Nowhere in the Act, it is mentioned that any princely state has the choice to be independent. The act provides provisions to princely states for either joining India or joining Pakistan only based on the ethnicity and territorial contiguity. Mountbatten, in a conference in June 1947 with all the rulers of princely states, ruled out any dominion status for any of the princely states and advised them to accede to one of the two dominions i.e India or Pakistan. Though, it was technically possible for the states to remain independent after 15 August yet their dependence on the British government of India for defence and other matters rendered such freedom meaningless. This has been clarified in the text of India Independence Act 1947. Same has been asserted by Bhargava, R. P. in his book “The Chamber of Princes” (1991) page 313 and by Das Gupta, Jyoti Bhusan page 79 in their book “Jammu and Kashmir”. Thus it is very clear that any right minded person, who is educated and he knows about tenets of ‘Acts of Parliament’ and has an access to the provisions of India Independence Act , will never even dream of thinking to remain independent. Now the question is, was Maharaja Hari Singh who was “Mayo College” educated, went for higher studies to London and travelled more than half the world, not competent enough to understand this situation. Was he ignorant of the prevailing political, diplomatic, social and religious situation? Obvious answer is NO. The “BHRANTI” or fallacy that was floated, was a statement by the RajJyotishi – an astrologer (ignorant of diplomacy and military affairs) in the court of Maharaja Hari Singh. It was a boastful declaration in front of few courtiers including a Lt Col and Brigadier of J&K Infantry that “HAMARA DHAWAJ(FLAG) LAHORE PAR LEHRAYEGA”. Meaning J&K will be independent state which will include the territories of Lahore and beyond as well (This is real eyewitness account at Amar Mahal Jammu by a living legend). This statement of the astrologer went viral and was quoted by many researchers and historians world over. It will be too foolish to believe that Maharaja Hari Singh was to base his strategy merely on the words of an astrologer and will not discuss it with his ministers , analysts and military commanders and take their technical and professional advice into account. Now question arises why did he not accede before 15 August 1947 which led to many a catastrophe? Actual reason was that Maharaja Hari Singh wanted to get into negotiations with Government of India i.e team led by Pandit Nehru ji. Pt Nehru was against him due to his personal enmity arisen out of ‘Kohala Incident’. He even refused to talk to him or accept any of the numerous emissaries sent by Maharaja Hari Singh for many urgent diplomatic, military and logistic discussions/requirements in the State. Maharaja Hari Singh was also under great pressure from British to join Pakistan, who had unleashed a series of conspiracies against him post his nationalistic and patriotic speech (unpalatable for British) at ‘Round Table Conference1930’. But Pt Nehru ji won’t budge and declared that until J&K Prime Minister R C Kak is removed and Sheikh Abdullah is handed over the power in J&K, no negotiations were possible. Enough evidence is available to prove this obstinacy displayed by Indian establishment led by Nehru ji, including a letter from Nehru ji to Meher Chand Mahajan (Prime Minister of J&K) clearly mentioned in ‘Be Clear Kashmir will Vote for India- Jammu & Kashmir 1947-1953’ by Raghuvendera Tomar, that it was Indian establishment under Nehru ji which did not permit Maharaja Hari Singh to accede to Indian Union in time. He had clearly requested to the Meher Chand Mahajan Prime Minister to pressurize the Maharaja to delay the accession till Shiekh Abdullah Sahib is handed over the reins in J&K. Ultimately, it was the Pakistani Army led ‘Lashkars’ raiding the valley on 22 Oct 1947 that forced Nehru ji to send Mr V P Menon to J&K for obtaining ‘Instrument of Accession’ from Maharaja Hari Singh and send the Indian Army troops to save Kashmir from falling into Pakistani hands. This attack by ‘lashkars’ led by Pakistani Army was a plan which Lord Mountbatten had approved in June 1947, when Maharaja refused to meet him in Srinagar citing health reasons. The Operation Order for launching this operation i.e attacking J&K , was signed on 20 August by Gen Messervy Chief of Pakistani Army and executed on 22 October 1947 which led to signing the ‘Instrument of Accession’ on 26 October 1947. During my tenure at UNMOGIP Gupkar Road Srinagar (1997-1999), a lot of Americans advocating Pakistani cause, I had met, told me that Maharaja Hari Singh signed the ‘Instrument of Accession’ under coercion from India. True. It definitely was an act of coercion albeit not from India but coercion from British represented by Pakistan Army led ‘Lashkars’ who were motivated with an idea of personal booty of ‘loot’ ,’Zar’ (Gold) and ‘Joru’ (Females) in Kashmir after their conquest of Kashmir. Of course Nehru ji definitely facilitated this. (The author is an International Affairs Analyst and Defence Expert )