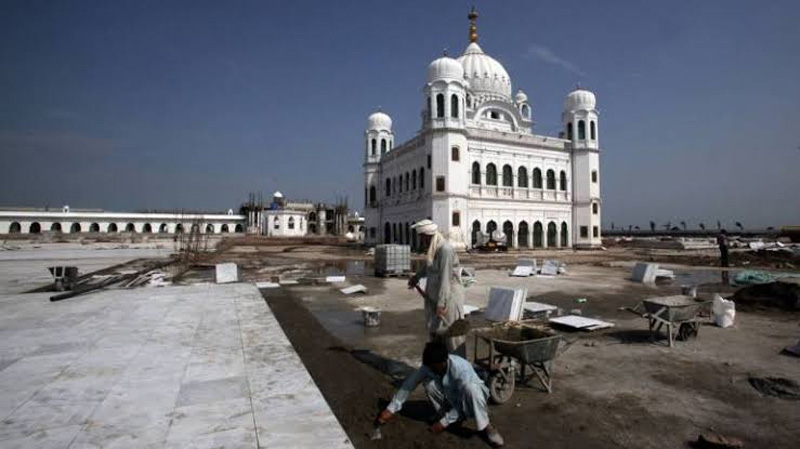 MUMBAI, Nov 11:
At least 1,950 Sikhs from
Maharashtra could not go to Gurudwara Darbar Sahib in Pakistan after opening of the Kartarpur corridor as they are facing financial crunch due to a scam at the Punjab and Maharashtra Cooperative (PMC) Bank, a senior community leader claimed.
Prime Minister Narendra Modi on Saturday inaugurated the Kartarpur corridor and flagged off the first batch of over 500 Indian pilgrims, including former prime minister Manmohan Singh and Union minister Harsimrat Kaur Badal.
The corridor links Gurdwara Darbar Sahib in Pakistan, the final resting place of Sikhism founder Guru Nanak Dev, to Dera Baba Nanak shrine in Punjab’s Gurdaspur district.
The PMC Bank has been put under restrictions by the RBI since September after an alleged Rs 4,355 crore scam came to light, following which the deposit withdrawal was initially capped at Rs 1,000, causing panic and distress among depositors. The withdrawal limit has been raised in a staggered manner to Rs 50,000.
Nearly 2,000 Sikhs from Mumbai, Nashik, Nanded, Navi Mumbai and Thane, most of whom have accounts in the PMC Bank, wanted to go on to the Gurdwara Darbar Sahib as part of the trip organised by local body Nirmaan Sevak Jattha, Hardev Singh Saini, member of a gurudwara committee in Kurla, said.
“We were in the process of submitting their details online on the required website, but suddenly due to the PMC Bank crisis many opted out. Of these 2,000 people, only about 50 could finally manage to go. All others dropped out due to lack of money because of the PMC Bank scam,” he claimed.
Ravindra Kaur Saini, who has three accounts in the PMC Bank, said she was disappointed at not being able to be a part of the historic pilgrimage.
“We were waiting for this historic moment for last many years, but unfortunately we did not get a chance to go due to the PMC crisis. I have three accounts in the PMC Bank, but did not have money in hand to go,” she said.
Another member of the Kurla gurudwara committee, Preetpal Singh Seth, said several people with accounts in the PMC Bank could not help each other to make the pilgrimage as all of them are currently cash-strapped. “I also lost this golden opportunity to go on the pilgrimage. Around 80 per cent account holders in the PMC Bank are Sikhs. Most of the people come forward to help each other during such times, but this time they are facing the cash crunch,” he said. (PTI)