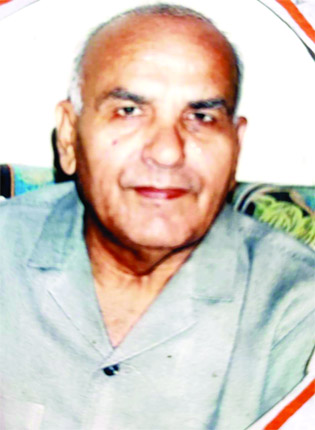 Rajeshwar Singh ‘Raju’
William Shakespeare called as England’s national poet and ‘Bard of Avon’ lived only for 52 years. But within such a short span of time he has written so much of global significance that writers and theatre activists from each and every corner of the world love to study and perform his plays, translate his works in to their regional languages.
He is loved as a writer who has something unique thus inspiring many from different languages through diversified literary works whether its plays, sonnets or verses. It is pertinent to add here that the way East India Company of England had colonized maximum portion of the world and was being boasted of ‘Sun never sets in English Kingdom’, the works of Shakespeare came as a relief with its literary values in erstwhile slave countries.
Interestingly, our own Duggar Pradesh is also impressed by William Shakespeare’ s literature and we find the theatre plays dramatized in Dogri or Hindi being staged by local theatre groups quite often. There are many who are inspired by Shakespeare and one of the established writers of Dogri is Madan Gopal Padha who in fact has fascination for Shakespeare.
Madan Gopal Padha was born in the family of Kedarnath Padha and Saraswati Padha in 1945 at a religious place Katra in Jammu. From early childhood he loved to read literature and listen to music. After completing his studies he joined bank. But even during his busy professional career as a banker, he continued his childhood habits of reading good literature. This reading habit motivated him to write and he started writing in Hindi and Dogri language, his mother tongue. The appreciation derived from readers for his creative works boosted his morale and writing became his passion.
He used to write essays on varied subjects and was fond of translating good literary works from other languages that got published in Dogri Sanstha’s magazine NAMI CHETNA, SHEERAJA ( Both Hindi & Dogri) being published by J & K Academy of Art, Culture & Languages, SADHA SAHITYA , DOGRI TIMES, JAMMU PRABHAT etc quite regularly. His first book entitled ‘SHEESHA’_ a critique in Dogri language was published in 2007. But while writing on different subjects, he still had an inclination to do detailed work on his passion Shakespeare. Shakespeare’s plays always fascinated him.
Although it was quite tough but he decided to go with his passion and translated Shakespeare’s immensely popular play _ JULIUS CEASER in Dogri language in 2014. As per detailed preface written in the book by Late Prof. Lakshmi Narayan Sharma, an eminent literary personality, it was first ever attempt of translating Shakespeare’s plays into Dogri language and tells a lot about the efforts made and importance of Shakespeare in world literature. In 2017 Madan came with another translation of Shakespeare’s another world famous play OTHELLO thus enriching treasure of Dogri literature with translations of two world class literary works.
About his fascination for Shakespearean literature, Madan says that he wished Dogri Literature be enriched with world class literature . Unlike many others who translate other language works as a part of projects offered by Sahitya Academy or other literary organizations, he did not long for subsidy or grants and instead got these works published from his own pocket which tells a lot about his commitment. He wishes that the theatre groups of Jammu stage Shakespeare’s plays which are translated in dogri so that the great writer could reach the dogri language lovers also.
About the future of mother tongue Dogri, unlike many others he is quite optimistic. He is of the view that concern is okay but positive attitude will surely pave way for positive outcome too. A huge responsibility lies on parents and elders at home. They should encourage their wards to communicate in mother tongue and should always talk at least to all Dogras in Dogri. The kids and children need to be told that their roots are Dogri and those who get detached from their roots remain nowhere in long run.
Yes, he is right. When we are Dogras, we are under an obligation to preserve our culture and traditions which is possible only if we save our language Dogri. Dogri needs to be given due respect and encouragement and only then we, The Dogras may feel proud of our identity. It has to be realized by one and all. Instead of shifting responsibilities on each other and indulging in claim & blame game, everyone should contribute in the noble cause by speaking Dogri. It’s so simple. Language survives only if it exists and now existence is related to its usage. But unfortunately, it is used or exploited for selfish petty gains by some so called language activists. We will have to come out of it and realize that our mother tongue Dogri is our self respect. No compromise with self esteem. We have to be honest towards ourselves. That’s it.
While concluding, it needs to be mentioned that Madan as an honest contributor to mother tongue has been working silently with a mission of his own for contributing more and more. At present he is working on his books on essays and translation of stories from other Indian languages into Dogri. He loves to read classic literature and makes up his mission to translate same into Dogri so that it should reach to his own Dogri speaking people. If we really wish to serve for a cause , we need to have dedicated and devoted literary activists like Madan Gopal Padha, who works with all honesty of adding up to the beautiful treasure of Dogri with translated works of well acclaimed literary works of famous writers from other languages across the world.