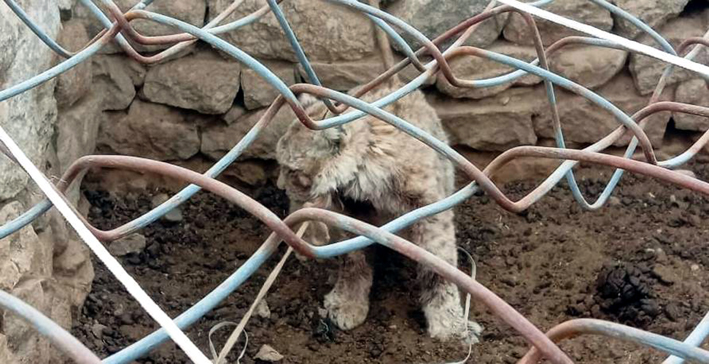 Excelsior Correspondent
LEH, Apr 1: A lynx attacked and killed 40 sheep and goats after entering the livestock shed.
As per reports, lynx entered into the livestock shed of Padma Tsering, son of Rinchen Dorjay at Kherapullu Kargyam and killed 40 sheep and goats.
Similar case was also reported from Yourgo village of Changthang when a wolf attacked 52 Pashmina goat kids owned by Lobang Dadul, son of Late Motup Dorjay out of which only two kids managed to survive.
Soon after the news was brought to the notice of the Executive Councillor, LAHDC, Leh for Wildlife Konchok Stanzin, he immediately sent a wildlife team to Kargyam to catch and bring lynx from Kargyam to Leh. He also directed Wildlife Warden Leh to assess the livestock loss of goat rearers of both Kargyam and Yourgo villages and ensure timely compensation for their huge loss. EC Konchok said that the caged lynx will be released back after few days.