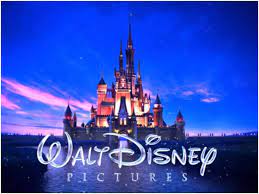 Anaheim (US), Sept 11: Lucasfilm has unveiled its upcoming slate of series, which includes titles like “Willow”, “Ashoka” and “Star Wars: Tales of Last Jedi”, set to premiere on streaming service Disney+ .
The line-up was officially announced on Saturday during the ongoing D23 Expo here by Lucasfilm president Kathleen Kennedy.
“There is an immense amount of exciting new ‘Star Wars’ storytelling to come from Lucasfilm. The quality, creativity, and variety these teams are bringing to Disney+ is absolutely remarkable, and I can’t wait for everyone to experience each of them,” Kennedy said at the event.
The studio will be coming up with a new series, a follow-up to 1988’s high fantasy adventure film “Willow”.
The project would mark acclaimed actor Warwick Davis’ return as the iconic titular character. Ruby Cruz, Erin Kellyman, Ellie Bamber, Joanne Whalley, Rosabell Laurenti Sellers, Tony Revolori and Dempsey Bryk also round out the cast.
Davis released the official poster and trailer of the series and also confirmed Christian Slater’s appearance on the show.
Dave Filoni confirmed that the second season of animated series “Star Wars: The Bad Batch”, on which he serves as the executive producer, will arrive on January 4, 2023 with a two-episode premiere on Disney+.
He also announced that the series “Star Wars: Tales of the Jedi” will arrive on the streaming platform on October 26. The first trailer of the animated show features young Ahsoka Tano.
Filoni and Jon Favreau treated fans with some in-production images from the live-action “Ahsoka” series, starring Rosario Dawson as the former wandering Jedi. The series is set to arrive next year.
“Star Wars: Skeleton Crew”, featuring Jude Law in a pivotal role, is another major project in the works at Lucasfilm.
Set in the New Republic timeframe, the series is currently under production and will revolve around a group of children lost in space. Jon Watts and Chris Ford serve as creators.
The last major announcement came in the form of season three of “The Mandalorian”. Creator Favreau, executive producer Filoni, series star Pedro Pascal, and more unveiled the teaser trailer for the long-awaited third season, premiering in 2023. (PTI)