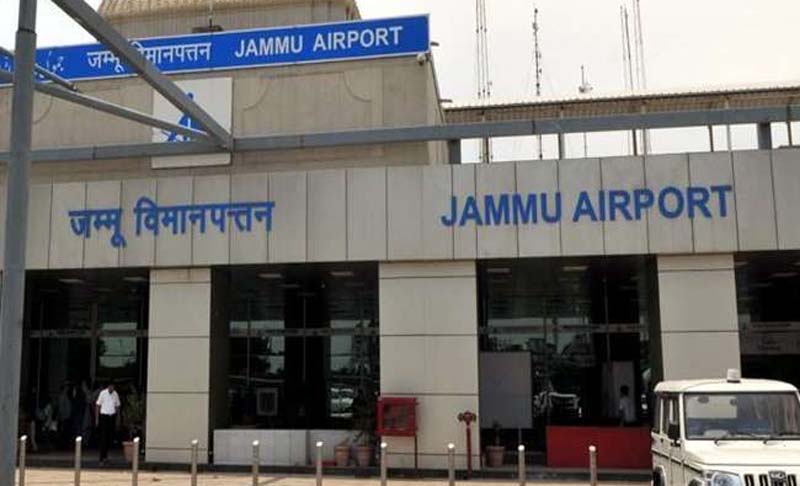 JAMMU, Feb 17: Concerned over the proposal of the Indian Air Force (IAF) regarding complete closure of Jammu Airport for 15 days for runway surfacing, Lieutenant Governor of Union Territory of Jammu and Kashmir Manoj Sinha is likely to take up the matter with the Defence Minister Rajnath Singh so as to avoid inconvenience to the passengers, tourists and administrative machinery.
Official sources told EXCELSIOR that Indian Air Force has sent a communication to the Director of Airport Authority of India (AAI) Jammu proposing complete closure of Jammu Airport runway for 15 days with effect from March 6, 2021 to March 20, 2021 for laying of two-top DAC-II layer on the runway surface.
Keeping in view the difficulties to be faced by the large number of passengers and tourists who have already booked the tickets for the period, the Airport Director, Civil Airport Jammu Dr P R Beuria took up the matter with the Government of UT of Jammu and Kashmir
Similar decision was also taken by the IAF several months back but following stiff opposition from the J&K Government and Airport Authority of India the plan had to be shelved, sources said, adding “at that time the Government had told the IAF to carry out the work only during night hours as complete closure of airport for several days would create immense problems for the passengers, tourists and administration”.
“Raj Bhawan is seized of the matter and Lieutenant Governor is likely to take up the issue with the Defence Minister Rajnath Singh in the next few days so that necessary instructions are passed to the IAF and smooth operations from the Jammu Airport are ensured”, they said, adding “timely intervention is imperative as any delay would lead to cancellation of tickets booked for the period by the airlines and resultant difficulties to the passengers”.
They disclosed that Chief Secretary BVR Subrahmanyam has already written to the Secretary Civil Aviation Ministry Pradeep Singh Kharola and sought his personal intervention with the Ministry of Defence in the matter to ensure that the resurfacing is carried out in such a manner that civilian air traffic is not affected during the day time.
“Jammu Airport is used by commercial airlines besides serving the requirements of Indian Air Force. This being the only civil airport in Jammu division, it caters to the requirement of civilian air traffic for the entire province and serves as the only connecting airport for Shri Mata Vaishnodevi Shrine”, the Chief Secretary has mentioned in the communication, adding “in the eventuality of closure of airport for 15 days as proposed by IAF, air traffic would have to be diverted to the nearest civil airport in Punjab which would result in various logistical issues”.
“Moreover, Jammu Airport is the only alternate civil airport in J&K after Srinagar Airport and tourist activities have only recently picked up in J&K after easing of restrictions imposed on account of the COVID-19 pandemic”, the Chief Secretary said, adding “complete closure of airport for 15 days would create huge administrative issues for the Government of Jammu and Kashmir”.
“In the given scenario, it would be administratively and operationally prudent to explore the possibility of carrying out the resurfacing work at night time and simultaneously utilizing ramp facilities for aircraft operations at the runway, a practice which is generally adopted by the Airport Authority of India for all resurfacing work”, read the communication of Chief Secretary, the copy of which is available with EXCELSIOR.
According to the sources, the Civil Aviation Secretary has also taken up the matter with the Defence Secretary Dr Ajay Kumar mentioning that at present there are 17 scheduled civil flights operating from Jammu Airport with connectivity to Ahmedabad, Delhi, Leh, Mumbai and Srinagar and these are likely to go up in near future with the picking up of tourism.
“The proposed complete closure of runway for 15 days will grossly affect the scheduled flights operations at Jammu Airport and will cause great inconvenience to the passengers and tourists thereby severely affecting the economy”, the Civil Aviation Secretary has conveyed to the Defence Secretary, adding “the AAI has already requested IAF Headquarters to plan and execute the proposed work of runway surfacing during night time so that civil aircraft operations are not hampered”.
“The Indian Air Force has proposed the complete closure of airport despite the fact that it is already executing the work on runway in night and there would not be any difficulty in completion of remaining work”, sources said.