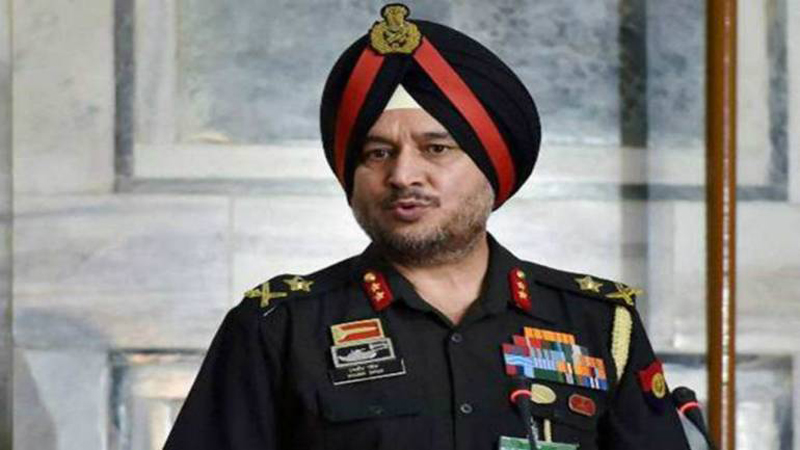 JAMMU, Aug 20: Northern Army Commander Lt Gen Ranbir Singh today visited units and formations and reviewed the prevailing security situation in the Kashmir valley, a Defence spokesman said.
Lt Gen Singh accompanied by Chinar Corps Commander Lt Gen KJS Dhillon visited units and formations and reviewed the prevailing situation in the Valley, the Northern Command defence spokesman said.
The Army Commander was briefed about the current situation as also the recent counter terrorist and counter infiltration operations, he said.
The Army Commander complimented the units and formations for extending all possible support to the local populace and appreciated the actions taken by them in ensuring safety and wellbeing of the people, the spokesperson said.
Lt Gen Singh praised the troops for their relentless efforts in thwarting the adversary’s designs and maintaining constant vigil along the line of control, he said.
According to the spokesperson, the Army Commander reinforced the need to be fully prepared for the emerging security challenges and lauded the exemplary synergy amongst all security forces.