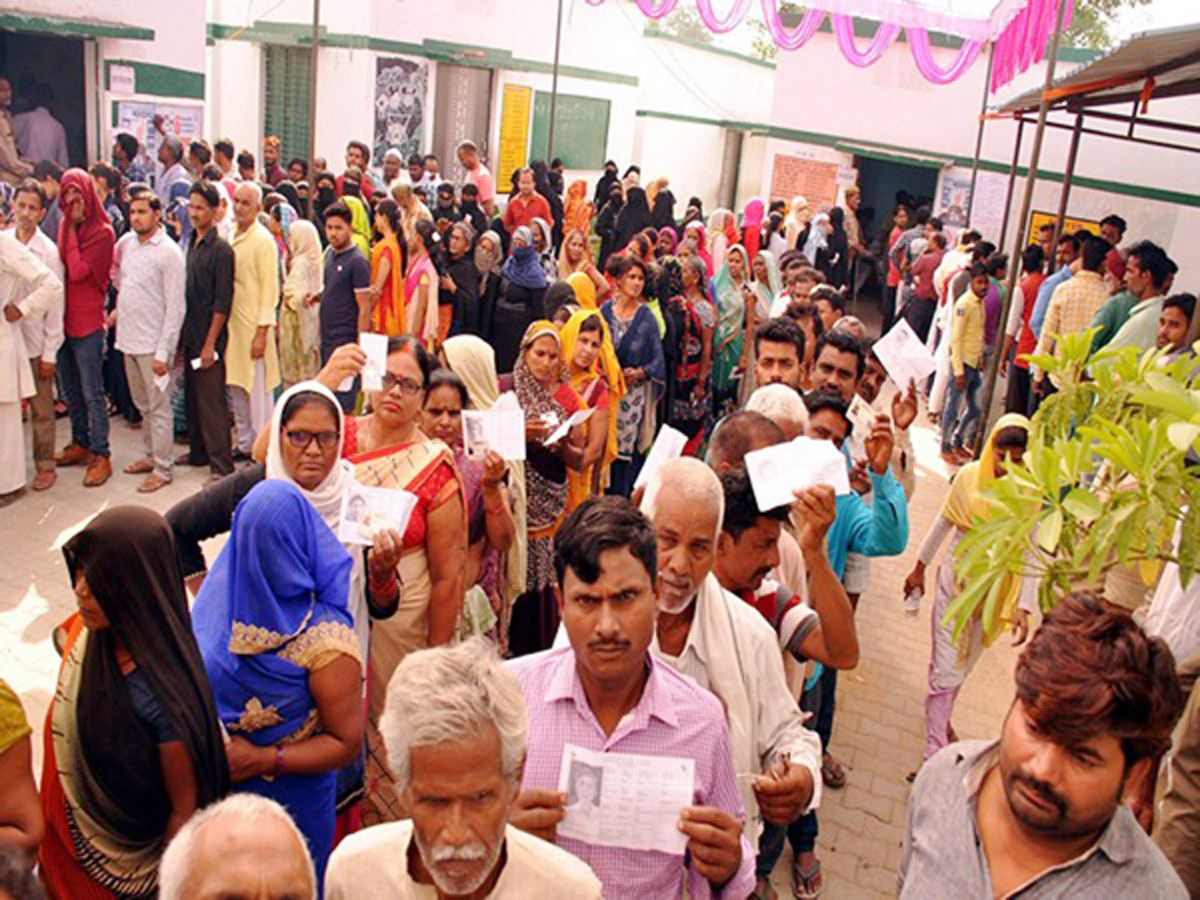 NEW DELHI: Voting for the marathon seven-phased Lok Sabha elections came to a close on Sunday as nearly 64 per cent turnout was recorded in the the last phase of polls in 59 seats, which also featured Prime Minister Narendra Modi’s constituency Varanasi.

In the 2014 general elections, the highest ever voter turnout of 66.40 per cent was recorded.

Over 8,000 candidates were in fray for 542 Lok Sabha seats across the country this year. Polling in Vellore seat in Tamil Nadu was deferred due to excessive use of cash.

An average of 66.88 per cent voters exercised their franchise in the last six phases and the entire polls were spread over 38 days. Counting of votes will be taken up on May 23.

Incidents of violence in West Bengal and clashes in Punjab were reported Sunday in the last phase which also saw EVM glitches and poll boycott at some booths. The fate of 918 candidates was decided in this phase.

Voting took place in 13 seats of Punjab and an equal number of seats in Uttar Pradesh, nine in West Bengal, eight seats each in Bihar and Madhya Pradesh, four in Himachal Pradesh, three in Jharkhand and the lone seat Chandigarh.

In Uttar Pradesh, 56.84 per cent voting was recorded in 13 Lok Sabha seats, officials said. The turnout in Varanasi was 58.05 per cent, while in Gorakhpur, it was 57.38 per cent, the Election Commission said.