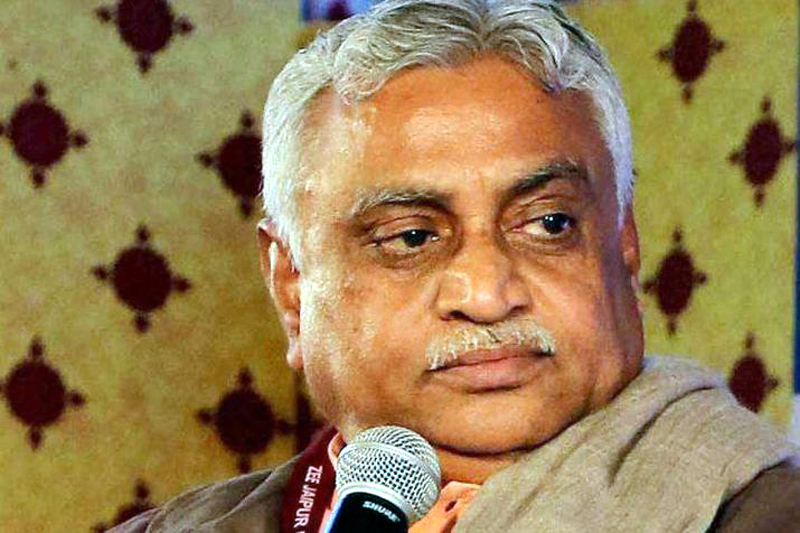 NEW DELHI, June 30: Senior RSS leader Manmohan Vaidya has said that he would describe BJP’s win in the recently concluded Lok Sabha polls as victory of the national expression rather than nationalism as it is a western concept.
Speaking at an event organised by the Rashtriya Swayamsevak Sangh’s communication wing Indraprastha Vishwa Samvad Kendra (IVSK) on Saturday, Vaidya said that various news publications have described the result of Lok Sabha election as the victory of nationalism instead of national expression.
If I would have been the editor of these publications I would have described the results of the Lok Sabha polls as victory of national expression,? Vaidya, who is the Joint General Secretary of RSS, said.
Stating that nationalism is a western concept, he said the word refers to the expansionist approach of states in the west.
During the event, Vaidya also said that Hindus can never be fundamentalists.
“Hindus can never be fundamentalists, they can be assertive and aggressive. So is the case with Sangh workers as they also cannot be fundamentalists. They would be dedicated and committed,” he said.
Emphasising Spirituality as the speciality of India, Vaidya said it meant accepting all the religions.
“The speciality of India is spirituality. To accept all religion as same is spirituality of India. And if we teach this in schools it will bring change in the character of an individual and the way he sees the country and women,” the RSS leader said.
He stressed that journalists through their work can bring change in the society and said just publishing what sells is not an example of ideal journalism.
“What is sellable will run is not a good example of ideal journalism. Journalists are also part of the society. If they think that the society is theirs, then upliftment of society will automatically get attached to their work,” he said. (PTI)