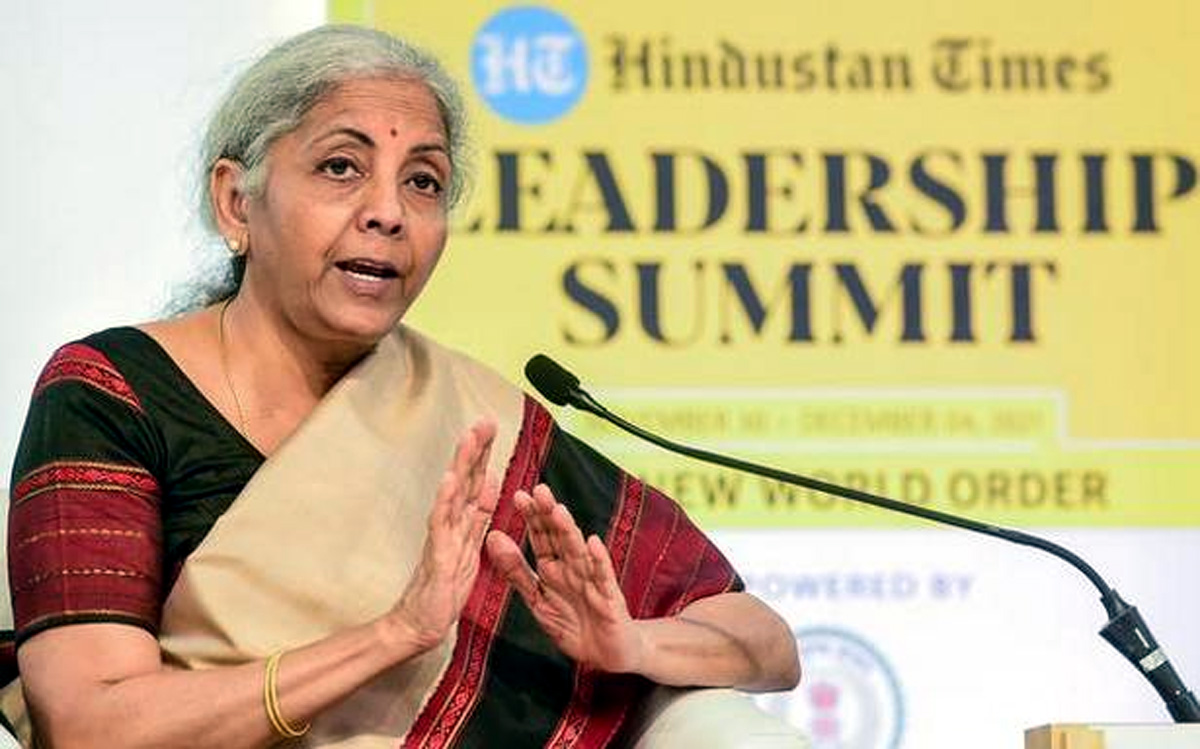 NEW DELHI, Dec 4: Asserting that a lot of speculation is taking place on cryptocurrencies, Finance Minister Nirmala Sitharaman on Saturday said these speculations are not “healthy at all.”
Her comments come against the backdrop of the Government preparing to come out with legislation to regulate cryptocurrencies.
Speaking at the HT Leadership Summit, the Finance Minister said there is certainly a well consulted bill which is coming in Parliament after the Cabinet nod.
“There is a lot of speculation…That’s not healthy at all,” she said in a reply to a question if she thinks that a lot of unregulated speculation is taking place on crypto.
The Cryptocurrency and Regulation of Official Digital Currency Bill, 2021, has been included in the Lok Sabha Bulletin-Part II for the introduction in the ongoing Winter Session.
The bill seeks to create a facilitative framework for the creation of the official digital currency to be issued by the Reserve Bank of India (RBI), the Bulletin said.
It also seeks to prohibit all private cryptocurrencies in India, however, it allows for certain exceptions to promote the underlying technology of cryptocurrency and its uses.
Earlier this week, Sitharaman in the Rajya Sabha while replying to a series of questions had said the new bill takes into account the rapidly changing dimensions in virtual currency space, and incorporates features of the earlier bill that could not be taken up.
Asked if the Government proposes to ban misleading advertisements in media, she had said the guidelines of Advertising Standards Council of India are being studied and their regulations are also being looked into “so that we can take, if necessary, some kind of a position or a decision to see how we are going to handle it”.
She had said the Government, RBI and Sebi have been cautioning people about the cryptocurrencies that could be a “high risk” area and “more can be done” to create awareness.
On the economic growth, Sitharaman at the HT Leadership Summit said, the GDP number this year would be very encouraging and India would emerge as the fastest growing large economy in the world.
With regard to food inflation, she said, there are supply constraints because of floods in some parts of the country leading to price rise of perishable products.
She, however, expressed hope that prices of those commodities in short supply would cool down by January.
On edible oil, she said, enough and more imports have been allowed and that should take care of the spike in prices. With a fresh harvest of mustard seeds, she said prices of that would also moderate soon.
Asked about meeting the disinvestment target of Rs 1.75 lakh crore during the current financial year, she said, “we are progressing with each one of them (BPCL strategic sale, LIC IPO). The detailing requires a lot of time.”
Air India handing over to Tata Group would be done by December 31, she added. (PTI)