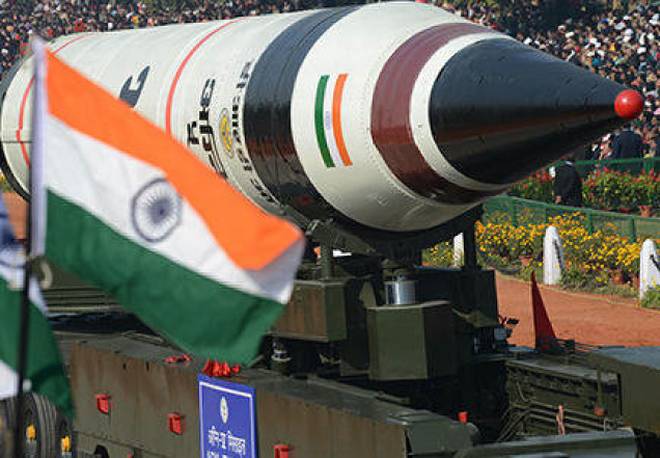 BALASORE: India today successfully test-fired its Long range subsonic cruise missile Nirbhay from the Integrated Test Range(ITR) at Chandipur on sea off Odisha coast.
ITR sources said the 1000 km range missile was test-fired around 1156 hours from the launch complex three of the Integrated test Range at Chandipur, about 15 kms from here.
Nirbhaya is said to be India’s answer to America’s Tomahawk and Pakistan’s Babur missile.
Sources said after blasting off from launch pad, the two-stage Nirbhaya took a unique trajectory in its entire path to the target.
Being a terrain hugging missile, Nirbhaya is difficult to detect by the enemy’s radars.
The missile keeps on encircling the area of its target for several minutes and then hits the bull’s eye’ on an opportune time, defence sources said.
Capable of carrying multiple payloads, the missile can engage several targets in a single flight.
This lethal weapon can be launched from various kind of platforms, ranging from surface lorry to a ship, from air and even from underwater vessels, ITR sources said. (AGENCIES)