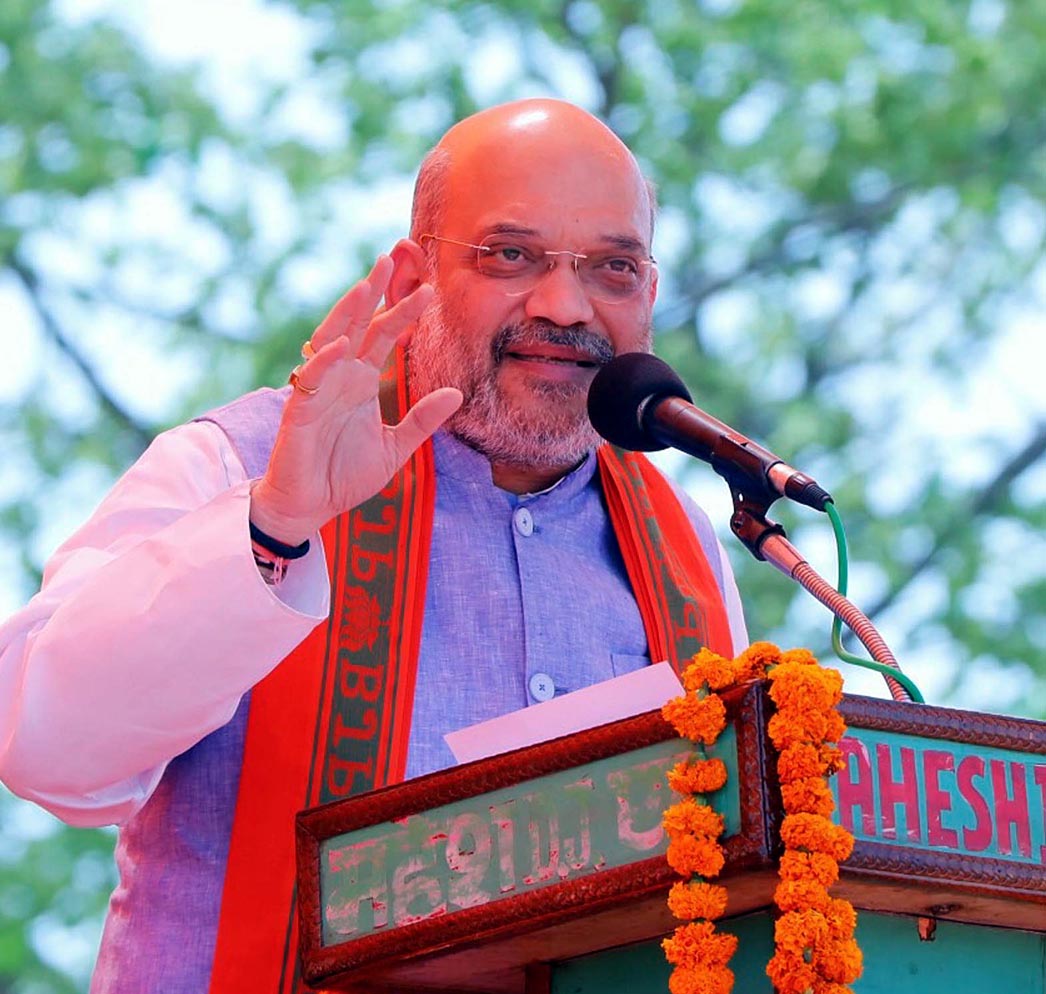 KASGANJ, Apr 10: Appealing to the voters to shed caste and creed issues in the elections and support the BJP candidates against the opposition alliance, BJP president Amit Shah has claimed that only a strong Prime Minister like Narendra Modi can make the country a global power besides protecting it from outside aggression.
He said,” We will not talk to any terrorist groups, that is for sure. Narendra Modi is going to be the PM once again, if terrorists dare to do something, we will enter their house again to show them what we can do.”
Addressing a Vijay Sankhad election meeting here in support of BJP candidate Rajveer Singh contesting from Etah Lok Sabha seat, Mr Shah on Wednesday announced that not a single infiltrator would be allowed to stay in the country.
He also hit out at the alliance SP- BSP and RLD saying that during their period of governance in UP, criminalisation had increased and the state lagged in development.
“What was the reason for a deadly enemy SP and BSP joined hands? It shows that they are trying to misuse their support base to confuse the people,” he said with appealing to people to shed their caste issue in this elections and support the BJP candidate for the betterment of the country.
Mr Shah further claimed that the BJP government at the Centre as well as in UP was working on the ideology of ‘ Sabka Saath, Sabka Vikas’ without any discrimination over caste or religion.
He also hit out at National Conference leader Omar Abdullah for raking demand of a seperate PM for Kashmir. ” People should not support these forces as it will only lead to division of the country again,” he said.BJP candidate from Etah the sitting MP Rajveer Singh is the son of Rajasthan governor Kalyan Singh. Mr Shah after holding rally in Etah Lok Sabha constituency, will also address another rally in Ferozabad. (UNI)