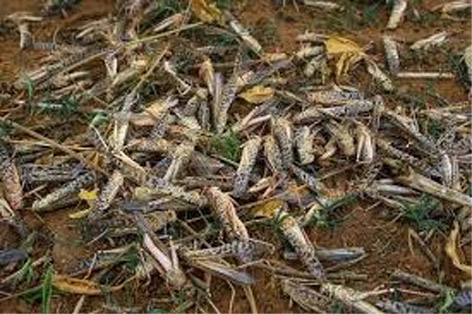 NEW DELHI, May 30: Amid steps by both-the Centre and the Delhi Government-to fight locusts, a UN body has said that there was no threat from locusts in urban areas.
According to reports on Friday, the UN’s Food and Agriculture Organisation (FAO) informed that it’s impact in cities, including Delhi, would not be felt as locusts overfly urban areas without troubling humans.
However, the FAO said, extent of locusts invasion in country may spread further and swarms may reach states like Bihar and Odisha during June-July before their return to Rajasthan with the progress of Monsoon.
The reports, quoting senior locusts forecasting officer with the FAO Keith Cressman said, that there was no need to panic as the infestation has not yet reached the stage of ”plague” (considered devastating for standing crops and vegetation). (AGENCIES)