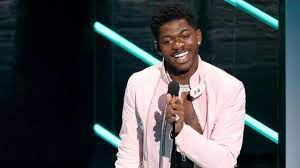 Los Angeles, Sept 13: Rapper Lil Nas X, pop star Justin Bieber and singer Olivia Rodrigo registered big wins at this year’s MTV Video Music Awards, one of the first major entertainment events to return to live audience format since the
Coronavirus pandemic.
The top prize of the night — video of the year — went to Lil Nas X’s boundary-pushing “Montero (Call Me By Your Name)”.
The 22-year-old rapper, who skyrocketed to fame in 2019 with “Old Town Road”, thanked “the gay agenda” in his acceptance speech.
“I do not take this for granted,” he added.
The rapper, whose real name is Montero Lamar Hill, beat out Cardi B and Megan Thee Stallion (“WAP”), DJ Khaled and Drake collaboration (“Popstar,” starring Justin Bieber), Doja Cat and SZA (“Kiss Me More”), Ed Sheeran (“Bad Habits”), and the Weeknd (“Save Your Tears”).
Lil Nas X also won the best direction for “Montero,” which he co-directed with Tanu Muino and performed at the ceremony.
Bieber, who returned to the VMAs stage after six years with a performance of “Stay” with Kid LAROI and his single “Ghost”, took home two of the top awards — artist of the year and best pop video for “Peaches”, featuring Daniel Caesar and Giveon.
To win the artist of the year, the pop star, 27, defeated Megan Thee Stallion, Doja Cat, Ariana Grande, Olivia Rodrigo, and Taylor Swift.
“I know you guys have probably heard it a lot, but we are in unprecedented times right now, with this COVID thing that’s happening,” Bieber said in his acceptance speech and credited music for being able to bring people together.
“We’re all here together, you know? And we got a lot more in common than we don’t. And I look around here and I see so many beautiful faces, and I really do believe the best is yet to come,” he added.
The singer also thanked his wife, Hailey, as well as co-musician Travis Scott.
Rodrigo, 18, whose single “Drivers License” became the most-streamed song ever in January, won the best new artist, song of the year and push the performance of the year award.
“This has been the most magical year of my life and it is all because of you guys,” the singer said, dedicating her award to “all of the other girls who write songs on their bedroom floor.”
“There are a lot of people who will try to dim your light, but speaking your mind and sharing your heart are the most beautiful things in the world,” Rodrigo added.
South Korean pop sensation BTS won the best group and best k-pop trophies, while Billie Eilish took home the video for the good award and shared best Latin with Rosalia for “Lo Vas A Olvidar.”
Foo Fighters received the first VMA global icon award during the show. The award recognises an artist or band “whose unparalleled career and continued impact and influence has maintained a unique level of global success in music and beyond.”
The ceremony, which took place at Brooklyn’s Barclays Center, was a departure from the last year’s no-live audience awards night.
Hosted by Doja Cat, the 2021 MTV VMAs, featured a full live audience and elaborate spectacles of the live performance by Camila Cabello, Chloe, Jack Harlow, Bieber, Kacey Musgraves, The Kid Laroi, Lil Nas X, Machine Gun Kelly, Rodrigo, Ozuna, Shawn Mendes, Tainy and Twenty One Pilots.
Madonna, who performed “Like A Virgin” at the first VMAs in 1984, made a surprise appearance at this year’s event along with singer Cyndi Lauper, one of the winners of the maiden ceremony.
Lauper presented the best pop award to Bieber and delivered an important message.
“I won a moon person (the award trophy which is in the shape of an astronaut on the moon) at the very first VMAs in 1984. Things are a little different now. Yeah, girls wanna have fun. But we also want to have funds. Equal pay. Control over our bodies! You know, fundamental rights,” she said. (PTI) 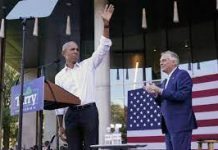 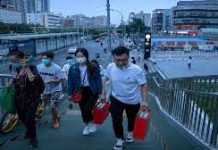 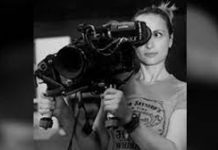 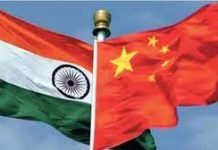 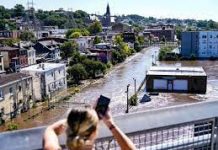 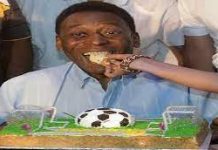 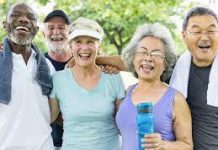 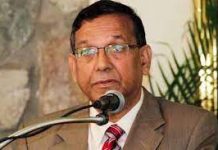 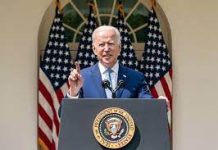 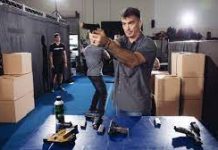 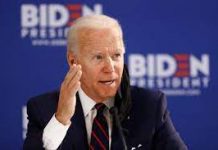