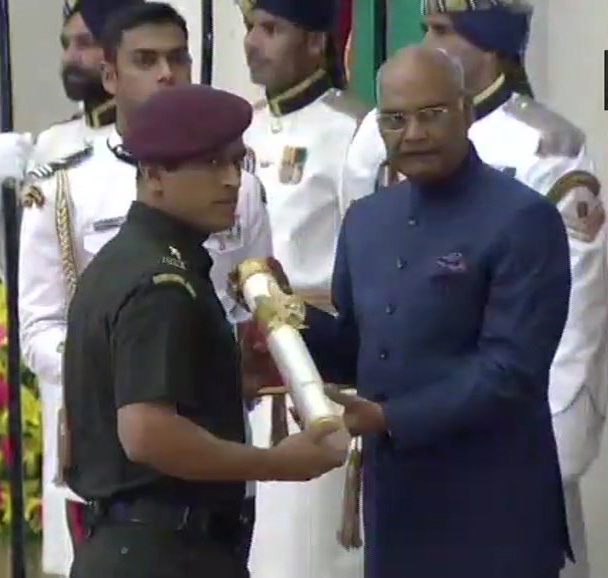 NEW DELHI: Exactly seven years after lighting up the Mumbai skyline with an unforgettable six, Mahendra Singh Dhoni again became the cynosure of all eyes as the honorary Lieutenant Colonel received the Padma Bhushan Award, dressed in an army uniform.
It was a happy coincidence for Dhoni as he was conferred with the prestigious civilian honour on the seventh anniversary of their famous World Cup triumph.
The Indian Territorial Army had conferred the honorary rank of Lieutenant Colonel to Dhoni on November 1, 2011, months after the country lifted its second World Cup under his leadership.
The 37-year-old Dhoni is the second Indian cricketer after Kapil Dev to receive this honour.
As his name was announced, Dhoni marched past the dignitaries present at the Rashtrapathi Bhavan before receiving the honour from President Ram Nath Kovind.
A lot like his batting in his heydays, Dhoni looked pretty much at ease as he walked towards the dais wearing the army uniform.
Also conferred with the Padma Bhushan was multiple world title holder cueist Pankaj Advani. (AGENCIES)