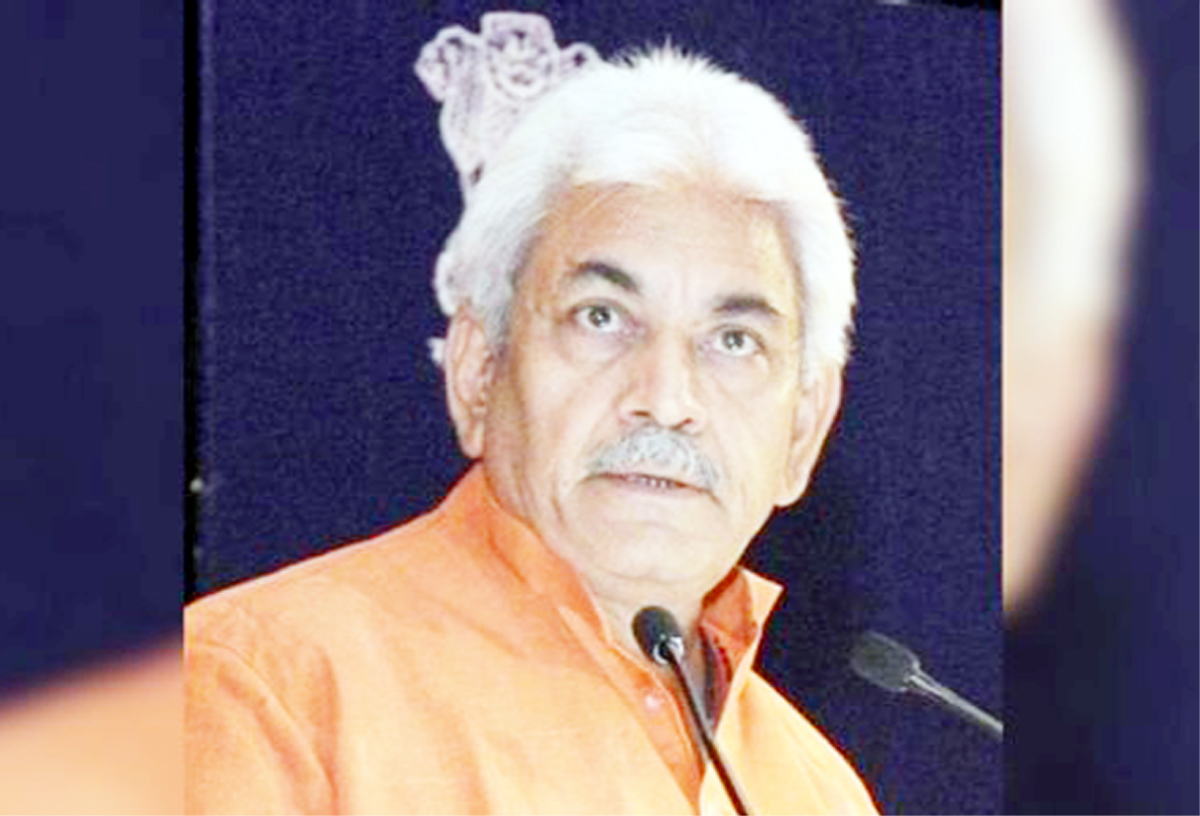 B L Saraf
There is cliché that “a politician’s worst rule is always preferable to a good bureaucratic governance.” What J&K has gone through in the past one year, under a bureaucrat as the head of the administration and what we observe now, under the administrative leadership of a politician, the adage comes true in flesh and blood . Nonetheless, one must not lose sight of the fact that “a politician’s worst rule” mentioned in the adage has a clear reference to a democratic form of governance which, we do not have at present. “G C Murmu may be an expert in financial and other business management matters but the post of Lieutenant Governor he held, particularly in J&K, combines in itself both political and administrative ingredients, with balance tilting towards the former. Without detracting from his credentials, Murmu , apparently couldn’t exhibit the required acumen, hence, didn’t live up to the task he was entrusted with. Accessibility, both ways , was a major casualty. With the entry of the politician, Manoj Sinha, to Raj Bhawan, a difference of sorts in the politico-administrative governance is visible. Though , it would have been much better had an elected Chief Executive been at the helm.
There is truth in the statement that people feel some change in the political and administrative scene in the UT, after the incumbent LG took charge. They do sense an element of easy accessibility to the administrative echelon as they exist in the given set up. It can be fairly said that Manoj Sinha has infused some life into the otherwise moribund political and administrative scene. Earlier, J&K had witnessed two BTVs program; third one is underway. Whiles people don’t have good experiences on the outcome of first two exercises but, seeing the enthusiasm of the LG Sinha , they are responding well. LG Sinha has put it rather clearly : speaking in a village in Kulgam district , he underlined the need of the program, “going to a village under BTV 3 is celebrations of peoples participation in the development .” He has rightly put it that the success of the program will entirely depend on the active participation of the masses .
It is an admirable step the L G has taken in visiting ,personally, the house of those innocents who fell victim to the guns , either of the terrorists or the state actors. His visit to a far flung village in Rajouri districts to condole unnatural death of two laborers, at the hands of security persons, in Shopian area, is extremely laudable . Similarly, his visits to the houses of political workers gunned down by the militants ,in Kashmir, is highly appreciable. These gesture mean a real healing touch where a selective political correctness – as practiced by Kashmir politicians – is shown the door and true humanism is on the display. Here , we must carefully listen to Manoj Sinha what he said in Kulgam Village ” Violence, killings of innocents should be condemned whether it is the killings of common man or security forces. We can’t be selective in condemning violence .” By his visit to the parents of the victims of both state and non state actor’s gun to share their grief, LG Manoj Sinha has lived up to his words .
The most notable feature of Manoj Sinha’s entry to the Raj Bhawan is that he has dispelled the impression which people had of different sections of bureaucracy pulling in different directions, when his predecessor was living there . He seems to have brought all sections of the administration on one page, with himself providing a front footed leadership. It looks good that people do get the feeling that Government does exist somewhere .
Another feature that marks LG Sinha’s model of governance is his strong push given to the implementation of Central schemes, like universal health insurance, skill development and many others. At the same time he has not let down the guard to neutralize those armed men who threaten peace and security. Even in this regard, LG has expressed his desire to ensure that the misguided men are given a chance to think over the matter and give up the gun.
Well, it is heartening to note that the LG has set his priorities, right. He has flagged elections, development and return and rehabilitation of Kashmiri Pandits as uppermost in his mind. But a demonstrable action is required to inspire confidence in the agenda . The least that can be done in this regard is to have a law for protection and preservation of Hindu temples and shrines in Kashmir. LG’s emphasis on holding election has come not a day too soon. These elections should not be restricted to the local bodies only. It is good to strengthen the grass root democracy. At the same time it should characterize the governance at the top. The real barometer of which is the Legislative Assembly which people constitute, in a free and fair election.
Howsoever good LG’s council of administrators may be , it can’t be in lieu of and a substitute for such an Assembly. Apart from these mega issues there are many others who also need to be addressed, rather soon.
Employment , building new infrastructure and repairing old and crumbling one, must get equal and urgent attention.
Above all, in the prevailing pandemic situation the l G must devote his attention to the acute health issues people are facing in the UT. Quality medical facility must be made available to all, irrespective of the rank and status .
It will auger well for the UT and country if Sinha’s initiative, to reach the people, is taken as a prelude to prepare ground for having a true representative Government, headed by an elected Chief Minister . For that it is necessary to revive the Legislative Assembly and speed up the process of elections. People, in Jammu & Kashmir, need such an assurance with a clear intent to be delivered in a time bound manner.
(The author is former Principal District & Sessions Judge)
feedbackexcelsior@gmail.com

Morality at its lowest ebb

J&K Bank: Rising to the occasion yet again