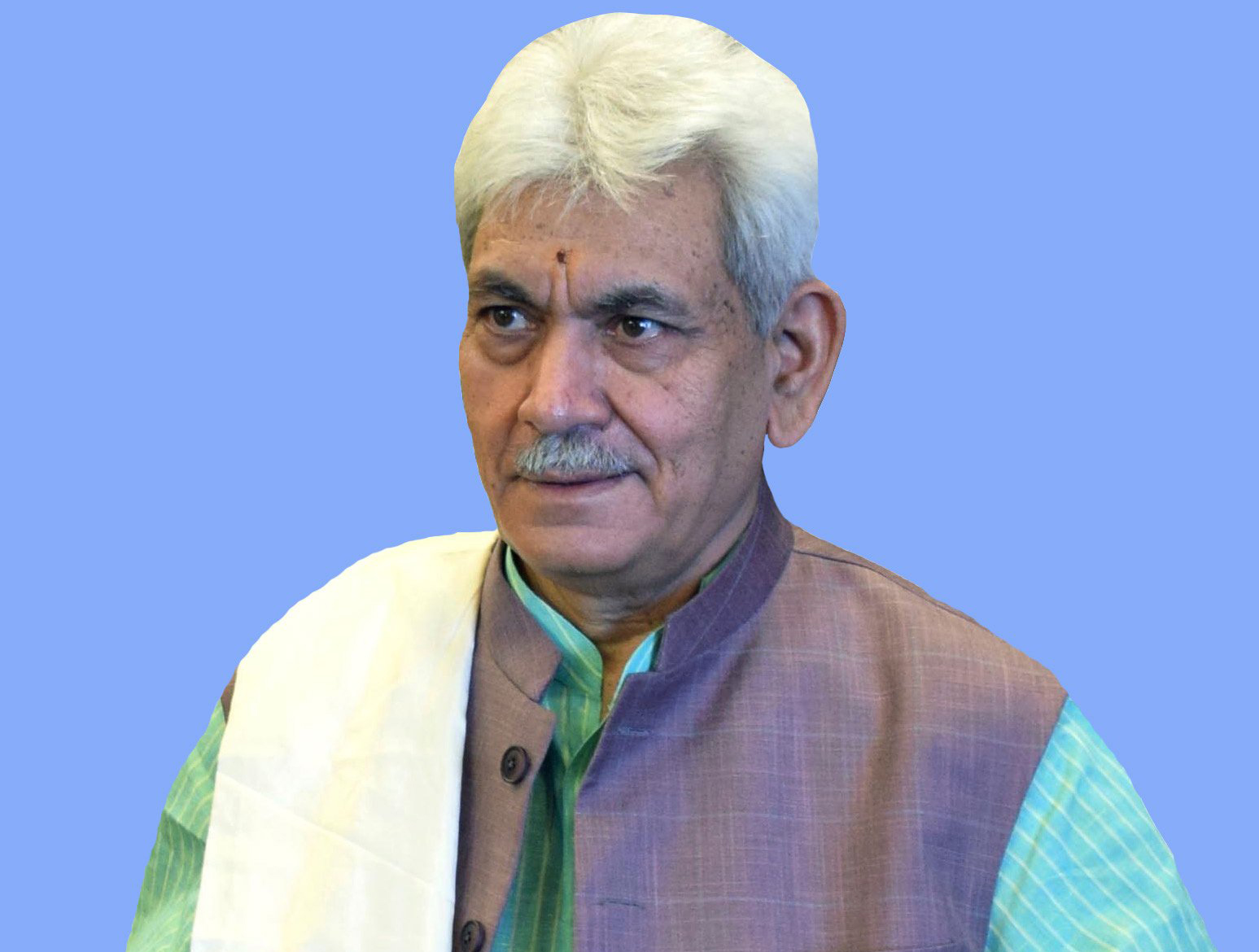 Sanjeev Pargal
JAMMU, Dec 31: After meeting Union Home Minister Amit Shah in New Delhi yesterday, Lieutenant Governor Manoj Sinha called on Lok Sabha Speaker Om Birla and later inter-acted with top officials of Jammu and Kashmir posted in the Union capital with a view to maintain coordination between J&K Government and the Centre.
Sinha’s meeting with Om Birla lasted half an hour, official sources told the Excelsior.
However, there was no official word on the meeting but it could be a courtesy call as budget session of the Lok Sabha is scheduled to start in first week of February and budget of Jammu and Kashmir will also be passed in that session in the absence of Legislature in the Union Territory.
Yesterday, the Lieutenant Governor had called on Home Minister Amit Shah and briefed him on security situation and successful conduct of the District Development Council (DDC) elections in Jammu and Kashmir. The DDCs would be formally in place in J&K for the first time after reservation rules for posts of the Chairpersons are issued by the Rural Development Department followed by election for the posts of Chairpersons and Vice Chairpersons.
Sinha later held a meeting of senior officers of Jammu and Kashmir posted in New Delhi including Secretary (Coordination) between J&K Government and New Delhi and other officers in the Resident Commissioner. Some senior Administrative Secretaries camping in the capital also attended the meeting.
Various issues were discussed in the meeting.
It may be mentioned here that in the absence of elected Legislature in Jammu and Kashmir due to delay in conduct of Assembly elections, annual budget of the Union Territory has to be passed in the Parliament. However, since the Central Government decided not to hold winter session of Parliament in December due to COVID pandemic, the budget session is now likely to be held in the first week of February in which budget of Jammu and Kashmir for the financial year 2021-22 will be passed.
The Finance Department is preparing the budget which will be formally approved by the Administrative Council.
The Jammu and Kashmir Government is set to project budget for next financial year of 2021-22 to the tune of around Rs 1.25 lakh crore, which will be higher than current fiscal year, according to sources.
Top officials of the Finance Department of the J&K Government are in touch with the Union Home and Finance Ministries besides holding regular meetings with Government officials of the Union Territory to ascertain their requirements before giving final touch to the annual budget, sources said.
Jammu and Kashmir’s budget for third consecutive year is all set to see steep rise and will be pegged around Rs 1.25 lakh crore though it has to be given final touch by the Finance Department here followed by the Administrative Council and Union Home and Finance Ministries. Finance Minister Nirmala Sitharaman will present the J&K’s budget in the Parliament in the budget session.
Describing Rs 1.25 lakh crore worth budget for Jammu and Kashmir as “quite significant”, sources said it has to go through various stages including finalization by the Finance Department followed by approval of the Administrative Council. As the Union Home Ministry is controlling authority of all Union Territories, it has to clear the budget before it goes to the Parliament.
The Finance Department officials have completed discussions with different Government departments to know their needs for the next financial year of 2021-22 to incorporate them in the budget.
Jammu and Kashmir’s annual budget has seen steep hike during past three years. In 2019-20, J&K had 88,911 crore worth budget which went up to Rs one lakh crore for 2020-21 and is now expected to touch Rs 1.25 lakh crore in the financial year of 2021-22.
Regarding current financial year of 2020-21, sources said because of the financial discipline maintained by the Finance Department in Jammu and Kashmir, there has been no financial crunch. There has been full cooperation of the Union Home and Finance Ministries to Jammu and Kashmir Government in implementation of the budget proposals, the sources said.