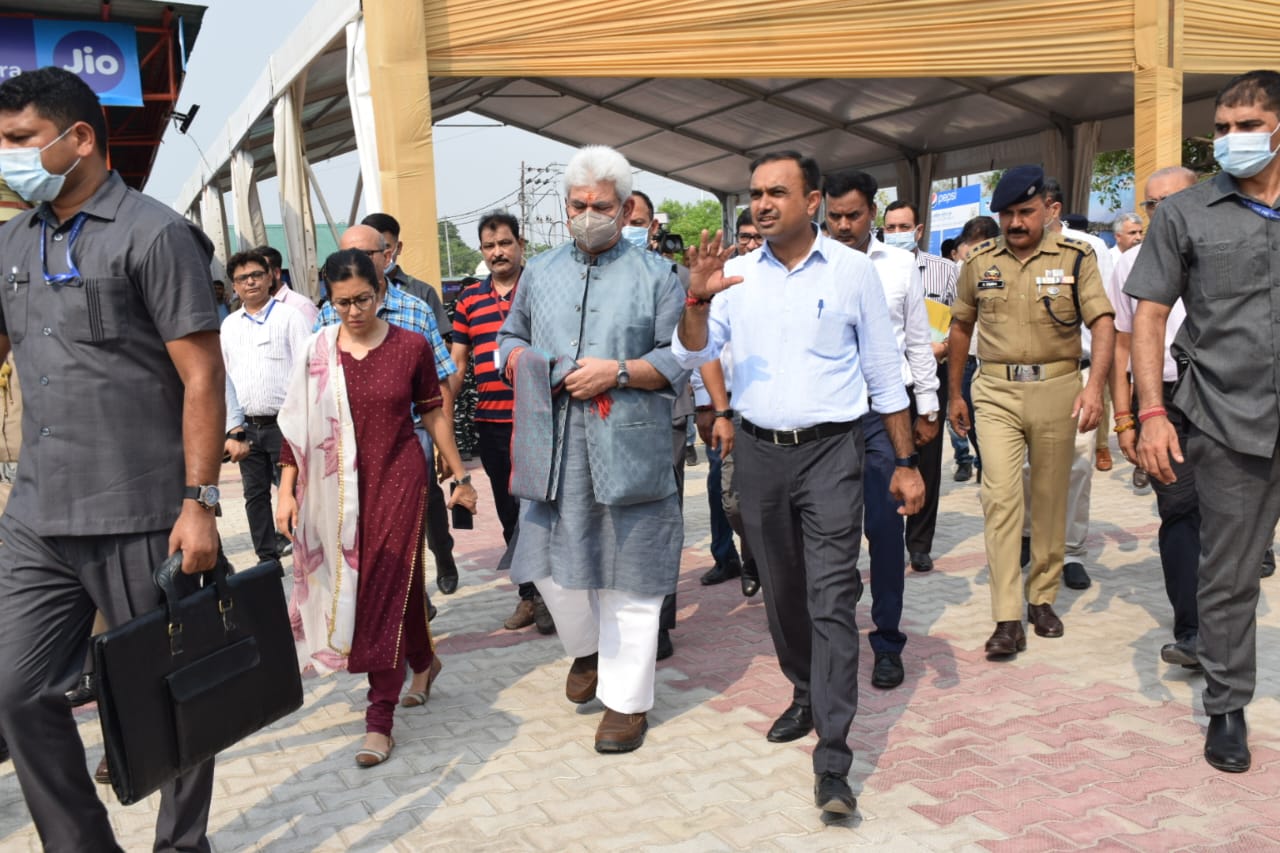 JAMMU, JUNE 27: Lieutenant Governor Manoj Sinha, who is chairman of the Shri Amarnathji Shrine Board (SASB), visited Yatri Niwas at Bhagwati Nagar and reviewed arrangements for Shri Amarnath Ji Yatra pilgrims.
The Lt Governor directed the concerned officials to ensure health facilities, adequate number of Doctors, nursing staff, sanitation staff, duty officers on the Yatra routes.
Earlier, the Lt Governor was briefed by concerned officers regarding the facilities along the Yatra route, besides the arrangements in regard to water, power supply, sewage disposal, food and RFID counters at the Yatri Niwas.
The Lt Governor called for collective efforts of all stakeholders and inter-departmental synergy to ensure best in class arrangements and smooth conduct of Yatra.
Speaking to media persons on the sidelines of the visit, the Lt Governor said, lakhs of families had to face financial hardship since Shri Amarnath Ji Yatra could not be held for the last two years due to Covid pandemic. There is a lot of enthusiasm in the people of Jammu region and in Kashmir too this year and I see the local people are also ready to welcome the visiting pilgrims.
The security forces are alert and have made adequate arrangements for the smooth conduct of Yatra, besides it has been our endeavor to make the best arrangements this year, the Governor added.
As notified earlier, the yatra will commence on the Baltal and Chandanwari routes simultaneously from June 30.
Ramesh Kumar, Divisional Commissioner Jammu; Mukesh Singh, ADGP Jammu; Ms Avny