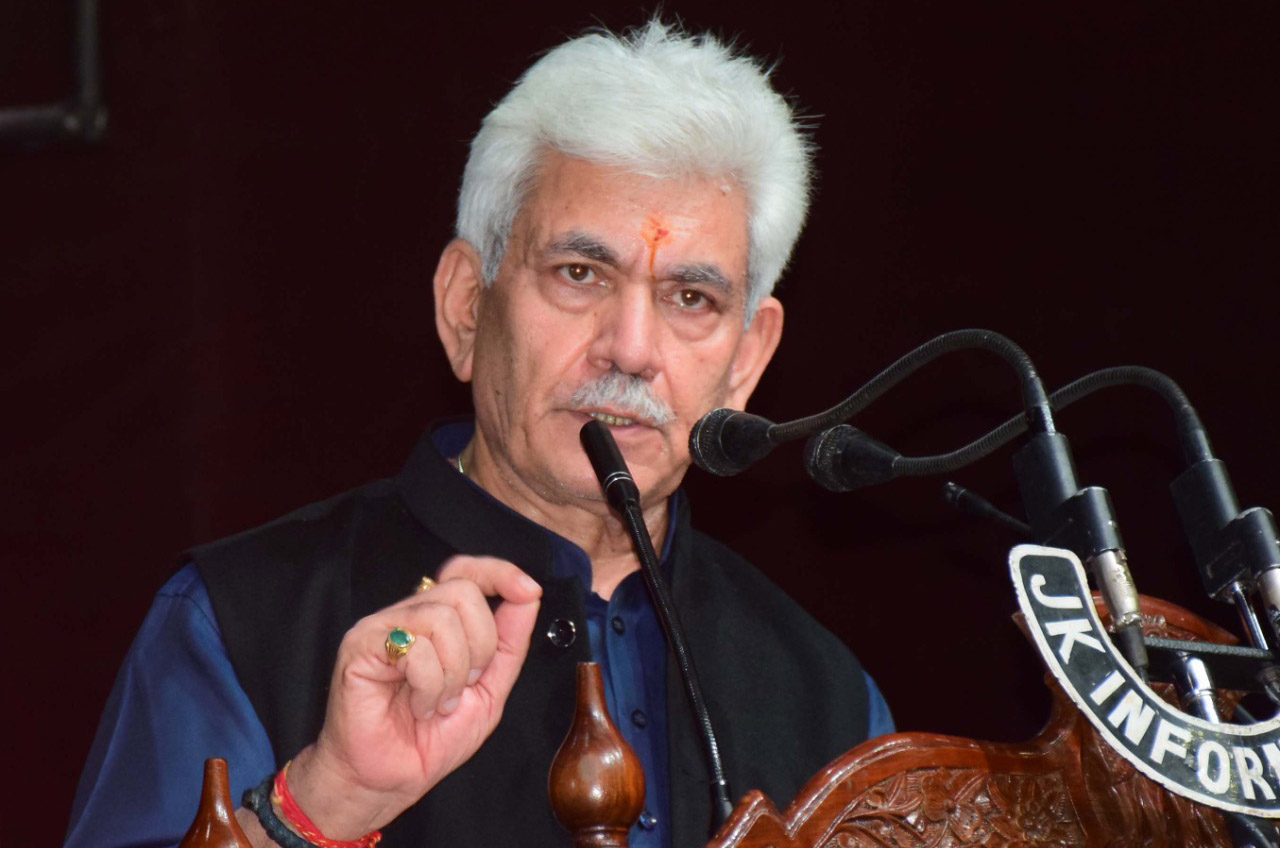 Jammu, Feb 15: Jammu and Kashmir Lt Governor Manoj Sinha on Tuesday said India is proud of its armed forces and prayed for “good sense” to those questioning the surgical strike on terror camps in Pakistan in the aftermath of the 2019 Pulwama terror attack.
“There is no doubt about the bravery of the armed forces and they are enjoying respect for their work which they have done over 70-75 years. The whole country is proud of them,” the LG told reporters on the sidelines of a function here.
He was responding to a question about media reports that Telangana Chief Minister K Chandrasekhar Rao had said he would like to know the truth about the surgical strike.
“God should give good sense to such people so that they have good opinions about the country and the Army,” Sinha said.
On protests and filing of objections by associate members over a draft proposal of the Delimitation Commission that was set up to redraw the assembly seats of the Union Territory, he said India is a democratic country where everyone is free to speak.
“The Election Commission is a constitutional body and the Delimitation Commission works in accordance with the delimitation act enacted by Parliament. We have a democracy and a Constitution which gives everyone the freedom to speak,” he said.
Sinha said that if the associate members have any objection, they should file it before the commission. The report will be out in public domain and if an ordinary person feels that there is a mistake, he should also raise his objection, the LG said.
“This is the beauty of our democracy,” he said.
Earlier, Sinha said his administration’s aim is to make the Jammu and Kashmir Power Department self-sustaining and to reduce power theft which is “proving to be cancer for this sector”.
“I appeal to the people to help the administration control theft, reduce wasteful consumption, cut down losses and report offenders to authorities,” he said.
The LG said the government is planning to invest Rs 12,000 crore for capacity augmentation, upgrading transmission and distribution systems to remove all supply constraints, strengthen electrification assets and deliver electricity through underground wires in Jammu and Srinagar. (Agencies)