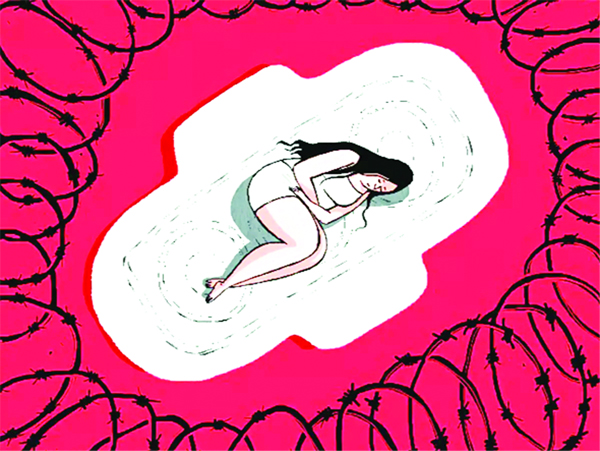 Shriya Bhawani
Although a period is a perfectly natural and healthy function of the human body, many people feel embarrassed or ashamed when talking about the menstrual cycle, and a lot of people prefer not to talk about it at all. Talking about something helps to normalise it. Conversations around periods need to be normalised so that people can be open and honest about what happens when they have their period and how it affects them. People should feel free to ask questions, discuss, and compare symptoms. The more we talk about it, the easier it will be.
These conversations will also help people who don’t experience periods to understand what it’s like for those who do. For example: slum areas are not aware of hygiene, so “AAMANI NGO” came up with an idea that every month we will distribute sanitary napkins to the slum areas as well to those who can’t afford it. We will contribute towards the people for their healthy life. The purpose of life is not to be happy. It is to be useful, to be honourable, to be compassionate, and to have it make some difference that you have lived and lived well.
The truth of the matter is simple: The stain from the skirt will wash off. The stain of shame that accompanies the visible mark on your skirt will not.
In India, where even sanitary napkins brands are named ‘Whisper’ and ‘Stayfree,’ menstrual taboos are unspoken, yet omnipresent. Don’t take a bath till your third day,” “Don’t enter a temple,” “Don’t enter the kitchen,” “Don’t touch pickles” – were the rules laid down. All these bizarre rules reinforce the same taboo – women are impure, dirty, flawed and somehow lesser of a human being on those five days. No surprises here, but many still follow those rules even in 2020.
For women in India, menstruation is much more than just biological – it is another way of perpetuating gender discrimination. Superstitions and cultural taboos associated with periods still persist at the cost of women’s health and safety, un-penalized by law, unlike in certain countries like Nepal that criminalize discriminatory practices related to menstruation.
It is these taboos in place that prevent women from talking up and addressing something that is a simple and ordinary biological process. These taboos, however, not only curb freedom, but also tell a much darker tale.
With taboos comes the lack of awareness – most women do not talk about menstrual health. Owing to the lack of awareness, women seek alternative methods to deal with their periods – which are more harmful than the social stigma that comes with menstruation.
Once, when I was a young girl, my grandmother told me not to touch the new laddoos that had been made for the festival. I didn’t understand why, so I took one anyway. She took it back from me and angrily threw it out.
I was 14 years old, in my first year of menstruating, and had been told that it was impure to touch foods that may be godly or holy during that time of the month. It was a paradox: laddoos, sweet, sugary mounds of sweets, were a luxury-one that gave us incentive to visit the temple with our parents, one that made family gatherings precious events. And I was forbidden from them.
This cultivated in me an early aversion: apart from the pain and shame of menstruation, the ability to not eat what I wanted to eat became a point of contention between me and my period.
Menstruating women in India hold a curious place somewhere between sanctity and seclusion. Around the same time that I was banished from the kitchen, I was given little spotted diamonds I could wear in my ears. “Welcome to womanhood,” the gift seemed to say. But it also urged me to remember that womanhood was a burden I now had to carry around.
“It is not just menstruation, but fertility that is considered impure,” my aunt said to me one day in her kitchen, while she was disallowed from touching raw spices that she was going to roast for a daal (lentil stew). “It is believed that food is sacred, and a fertile, menstruating woman is considered impure, so a connection between the two can destroy what is holy at the time.”
In most Hindu communities in India, the relationship between food and the period is paradoxical. A fertile woman is considered an object that will further a family lineage, but at the same time, she is taboo for her fertility. 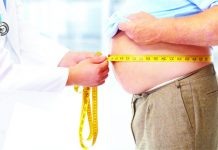 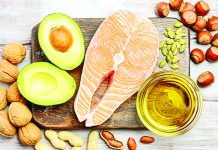 Our paradigm of “healthy” 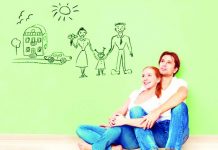 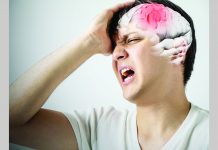 Winters can cause stroke 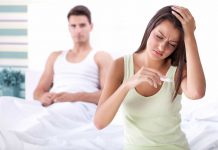 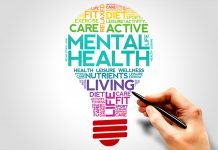