Jammu, Jun 4: The Jammu and Kashmir Police has arrested a Lashkar-e-Taiba (LeT) terrorist and his two associates in connection with the low-intensity IED explosion outside a court complex in Udhampur district in March in which one person was killed and 14 were injured, officials said on Saturday.
Additional Director General of Police (ADGP) Mukesh Singh told reporters here that a number of suspects were questioned before the investigators zeroed in on and arrested Mohammad Ramzan Sohil, a resident of Halla Bohar Dhar in Ramban district.
The other two arrested accused were identified as Khurshed Ahmed of Motla Dessa in Doda and Nisar Ahmed Khan of Bhaderwah.
Sohil confessed to planting the IED on the directions of his handler Mohammad Amin, alias Khubaib, a resident of Kathawa Thathri in Doda who is currently based in Pakistan-occupied Kashmir (PoK), the police officer said.
The improvised explosive device (IED) blast took place on March 9 outside the court complex in Slathia Chowk where fruit and vegetable vendors put up their carts.
Sohil’s father Mohammad Ishaq Sohil was a trained terrorist of the LeT and was neutralised in 2003, the ADGP said.
“Sohil was in contact with…Khubaib through social media. He was instructed to fix one sticky bomb IED at Slathia Chowk and keep another at a safe place for future use,” he said, adding that the second IED has been recovered.
He received an amount of Rs 30,000 in his Jammu and Kashmir Bank account on March 23 for the blast he carried out in Udhampur as promised by Khubaib, the ADGP said.
Singh said the amount was deposited in Sohil’s account by Khurshed Ahmed on the directions of Khubaib.
“Khurshed’s brother-in-law, named Bilal Ahmed Butt, is a trained terrorist of the LeT,” he said.
The third arrested accused, Nisar Ahmed Khan, was a trained LeT terrorist and remained active in Doda district between 2001 and 2006, he said.
On the directions of Khubaib, he picked up two IEDs — in December 2021 and January 2022 — from Belicharana in Jammu, the police officer said.
The investigation in the case was underway and more people are expected to be arrested, the ADGP said, adding 15 people have been identified for questioning in connection with various other terror incidents. (Agencies) 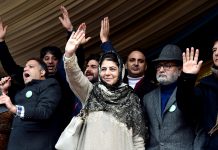 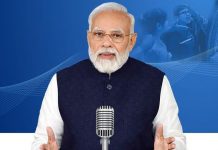 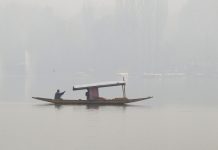 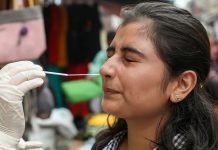