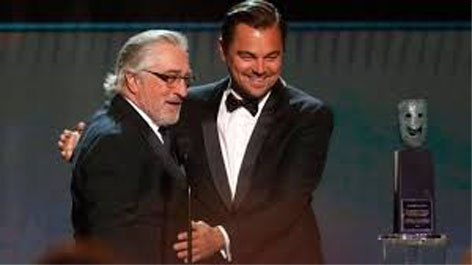 LOS ANGELES, Aug 4: Hollywood star Leonardo DiCaprio’s production banner Appian Way has inked a first-look film and TV deal with Apple, under which the company will develop new TV series and films for the technology giant.
Appian Way, ran by DiCaprio and Jennifer Davisson, previously had a three-year film deal with Paramount Pictures and, prior to that, was working in collaboration with Warner Bros.
The banner already has two projects set up at Apple TV Plus – the feature “Killers of the Flower Moon” directed by Martin Scorsese and starring DiCaprio and Robert DeNiro, as well as thriller series “Shining Girls”, featuring Elisabeth Moss.
Under the company, the Oscar-winning actor and Davisson have also produced films like “The Aviator,” “Shutter Island,” “The Ides of March,” “Runner Runner,” “The Wolf of Wall Street,” “Robin Hood” and “Richard Jewell”. (PTI)