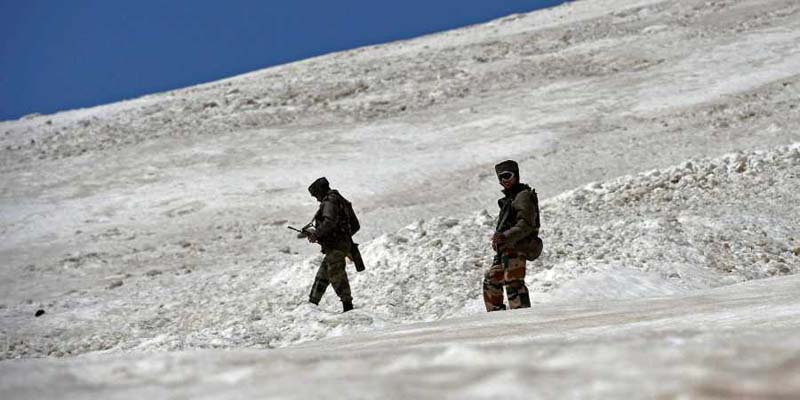 Mohinder Verma
JAMMU, Aug 5: While population of Leh district is largely elated over the move to grant Union Territory status to Ladakh, there is complete despondency in the adjoining Kargil district where people are of the opinion that they have been deprived of the flow benefit of the democracy.
However, both the districts are unanimous on continuation of Autonomous Hill Development Councils, the confusion about which will get cleared only after the issuance of formal orders vis-a-vis grant of Union Territory status to the Ladakh region.
“Getting freedom from the Kashmiri rulers by granting Union Territory status to Ladakh region was main and long pending demand of people, which has finally been met with”, said sitting Member of Parliament from Ladakh Jamyang Tsering Namgyal while talking to EXCELSIOR on telephone from Parliament House.
Dubbing the decision as historic, the Member Parliament said, “no doubt Union Territory with legislature would have been much better decision but we are largely satisfied as our several decades long struggle has finally reached the logical conclusion”, adding “it is a fact that political space has shrunk with the grant of UT status without legislature but everyone must keep in mind that to achieve something you have to lose something”.
Strongly demanding continuation of Autonomous Hill Development Council mechanism in both Leh and Kargil districts, Namgyal said, “we hope this aspect would be taken care of by the Union Government while issuing formal orders vis-a-vis Union Territory of Ladakh”.
Former Member of Parliament Thupstan Chhewang, while talking to EXCELSIOR from Leh, said, “we have finally been liberated from the Kashmiri rulers, who did nothing to empower the people of Ladakh and redress their grievances”, adding “under Kashmiri rulers Ladakh always suffered a lot but now we are heading towards a bright future”.
Admitting that Union Territory with legislature would have been much better decision, the former MP said, “still we are satisfied as now it would be very convenient to get laws for the benefits of the people of Ladakh region passed from the Parliament which was not the case with the State Legislative Assembly”.
“We never received any cooperation from the Kashmiri rulers in the State Legislative Assembly in resolving the issues confronting the people of entire Ladakh region”, Chhewang said, adding “now we will make efforts to get entire Ladakh declared as tribal area, which is also our long pending demand”.
Former MLA from Nubra Deldan Namgyal said, “no doubt Union Territory status is a welcome decision but sentiments of the people would have been completely respected only with UT and legislature as is being done in case of other parts of the State”, adding “by resorting to decision without taking representatives of people into confidence the Union Government has restricted the flow of democracy to the region”.
The Chief Executive Councillor (CEC) of Ladakh Autonomous Hill Development Council Kargil Feroz Ahmed Khan, while reacting on the development, said, “we have been deprived of full flow of democracy as neither we were in favour of division of Jammu and Kashmir nor Union Territory status to Ladakh”, adding “the aspirations of people across Kargil district have not been taken into consideration by the Union Government while taking this decision”.
“While granting UT status to Ladakh the Union Government should have treated us on the lines of Jammu and Kashmir and given even legislature to us”, he said, adding “this option was the most suitable so as to provide a platform to the people of this tough terrain district to get their issues resolved locally”.
Khan, who is also former MLA, further said, “instead of ensuring free flow of democracy we have been completely deprived of the fruits of the same. Moreover, there is confusion whether the existing mechanism of Hill Development Councils will continue after the formal grant of Union Territory status”.
Former MLA from Kargil Asgar Ali Karbalaie, when contacted, said, “it is unfortunate that the reorganization of the State has been done without consulting the representatives of the people”, adding “Kargil never raised demand of Union Territory status to Ladakh and this decision has deprived the people of the benefits of democracy”.
“We have been deprived of right to vote, right to governance, right to elect Government”, he further said, adding “now, there is no difference between people of Kargil and those of Gilgit and Baltistan, who still don’t have such rights”.