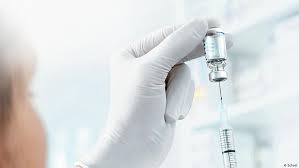 Washington, Nov 25: Scientists have developed an mRNA lipid nanoparticle vaccine containing antigens from all twenty known subtypes of influenza A and B viruses, a strategy which may serve as the basis for universal flu vaccines, according to a study.
The vaccine, developed by the researchers from the US and Canada, produced high levels of cross-reactive and subtype-specific antibodies in mice and ferrets and could protect animals against disease symptoms and death after infection with both antigenically matched and mismatched strains of influenza, the study said.
According to the study, even with increased global surveillance, it is difficult to predict which flu strain will cause the next flu pandemic, making a universal vaccine important.
The approach by the scientists differed from previous attempts to craft a universal flu vaccine by including antigens specific to each subtype, rather than just a smaller set of antigens shared among subtypes, the study published in the journal Science said.
Following on the success of mRNA vaccines against SARS-CoV-2, the researchers prepared 20 different nanoparticle encapsulated mRNAs, each encoding a different hemagglutinin antigen – a highly immunogenic flu protein that helps the virus enter cells, the study said.
Antibody levels remained mostly stable four months after vaccination in the mice, the study said.
Multivalent protein vaccines produced using more traditional methods elicited fewer antibodies and were less protective compared to the multivalent mRNA vaccine in the animals, said the study. (PTI)