MOHALI: India’s batting star Virat Kohli today said it was difficult to be consistent in the shortest format and the two tight wins against Pakistan and Bangladesh were humbling experience for the team, which began its World T20 campaign as the overwhelming title favourites.

“It was very good to get that win (over Bangladesh). It is very difficult to be consistent in this formant and you need to come to terms with that. Sometimes you need character to get you over the line and that is why our spinners and Hardik (Pandya) were brilliant for us.

“This format requires you to be at the top of your focus while batting and fielding. So we need to stay in the moment and not get carried away,” said Kohli ahead of the virtual quarterfinal between India and Australia in the ICC World T20 here tomorrow.

Kohli said Aussies will be tough as usual but they would take positives out of their 3-0 win Down Under in January.

“You always want to win convincingly but it is not possible all times. Sometimes you have to adapt well to tough situations like we did in the last two games. If you look at how we have played this season, we have been consistent. We can focus on what we did in Australia and take positives out of it but can’t take anything for granted, it is a virtual quarterfinal. Why we beat them is important to remember rather than thinking only about the result. If we play to our potential, we can beat them again,” asserted Kohli.

Kohli, who is in the form of his life, is a lot mellowed person now, although aggression still remains very much a part of his personality. Asked to give a sneak peek into his mental space, the team’s biggest match winner had plenty to say.(Agencies) 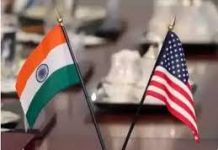