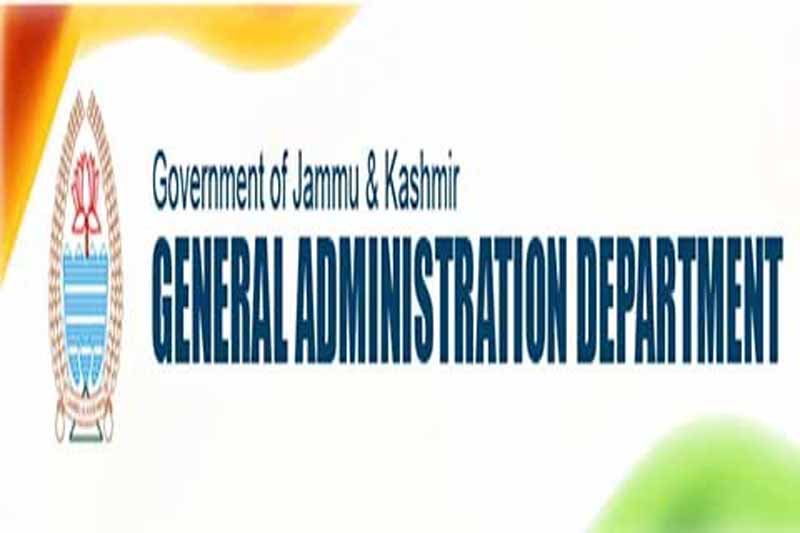 Mohinder Verma
JAMMU, July 12: Large number of Government servants, both gazetted and non-gazetted, have been flouting the explicit directives of the General Administration Department and the State Vigilance Commission regarding submission of annual property returns and their subsequent hosting on the websites of the respective departments.
However, no action has been taken against them by the heads of the respective departments despite having sufficient powers in this regard under the Jammu and Kashmir Public Men and Public Servants Declaration of Assets and Other Provisions Act, 1983.
The Section 9 of the Act clearly states: “Every public servant shall submit to the prescribed authority a return of all assets possessed by him/her and his/her family members within three months after he becomes a public servant”.
“It shall be incumbent on the part of every public servant to submit annual returns of the assets held by him/her and his/her family members in the month of January every year and shall state the reasons for increase, if any, in the assets and source thereof”, Section 9 further read.
Moreover, Section 11 of the Act states: “If any public servant without any reasonable cause which he shall be required to show, fails to submit the returns annually, he or she shall be guilty of committing criminal misconduct as specified in Clause (e) of Sub-Section-1 of Section 5 of the Prevention of Corruption Act and shall be punishable under the said Act”.
Keeping these provisions in mind, the General Administration Department issued instructions to all the Heads of the Departments from time to time for ensuring submission of annual property returns by the employees, both gazetted and non-gazetted, under their control, official sources told EXCELSIOR.
However, there was no strict compliance to these directives of the General Administration Department and this aspect was highlighted by the Jammu and Kashmir State Vigilance Commission in its 5th annual report for the year 2007.
“The annual property returns of the gazetted officers of all the State services need to be hosted on departmental websites regularly in the month of January every year but at present the property returns of only All India Service and KAS officers are available on the website of the General Administration Department”, the Vigilance Commission had mentioned in the report.
Accordingly, the General Administration Department vide OM No.GAD (Vig)31-Adm/2014 dated August 30, 2018 instructed all the departments to implement the recommendations of the State Vigilance Commission and the provisions of Jammu and Kashmir Public Men and Public Servants Declaration of Assets and Other Provisions Act, 1983.
However, these directives have also failed to change the situation and large number of gazetted as well as non-gazetted officers are still reluctant to file annual property returns, sources said while disclosing that Chief Secretary BVR Subrahmanyam has viewed seriously the inaction on the repeated directives of the Government and recommendations of the State Vigilance Commission.
Now, Administrative Secretaries have started dashing communiqués to the Heads of the Departments under their control asking them to ensure submission of annual property statements of gazetted cadre to them against the proper receipt so that annual returns are hosted on the departmental websites well in time.
“The non-gazetted officials shall deposit the annual property returns with the Heads of the Departments for uploading in the departmental websites”, read one of such communiqués issued by an Administrative Secretary of an Engineering department, the copy of which is available with EXCELSIOR.
Holding Heads of the Departments also responsible for non-compliance of the repeated directives, sources said, “it is the duty of each and every HoD to obtain annual property statement from the officers— gazetted or non-gazetted well in time and initiate action as per the provisions of Public Men and Public Servants Declaration of Assets and Other Provisions Act, 1983 in case of any sort of reluctance”.
“They must understand that objective behind this law is to check raising of assets by the Government servants disproportionate to their income”, sources said, adding “by not ensuring strict compliance of the repeated directives the Heads of the Departments are indirectly promoting corrupt practices”.