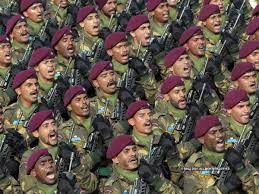 Colombo, Oct 1: Sri Lankan Army chief General Shavendra Silva has appreciated the Indian Special Forces team for their participation in a joint multinational tri-service mega field training exercise held in the country which further bolstered friendship and cooperation between the two armed forces, according to India’s High Commission here.
The climax of the joint exercise ‘Cormorant Strike XI – 2021′ was witnessed by General Silva along with High Commissioners of Bangladesh and the Maldives, Defence Attaches and a host of tri-service senior officers, including commanders of the Navy and Air Force.
The climax of the exercise was held in Kuchchaveli off Trincomalee on Wednesday with participants from foreign militaries.
“Army Commander General Shavendra Silva expressed his appreciation to the Indian Special Forces team for their participation in Ex Cormorant Strike at Sri Lanka, further bolstering friendship and cooperation between Indian & Lankan forces,” the Indian High Commission in Colombo tweeted.
In its 11th edition, the multinational military Field Training Exercise (FTX) this year was exclusively designed for the Special Operations Forces (SOF) in a joint setting to build synergy with other sister services. Representatives from India, Pakistan, Bangladesh, the Maldives and Oman participated in the exercise. (PTI)