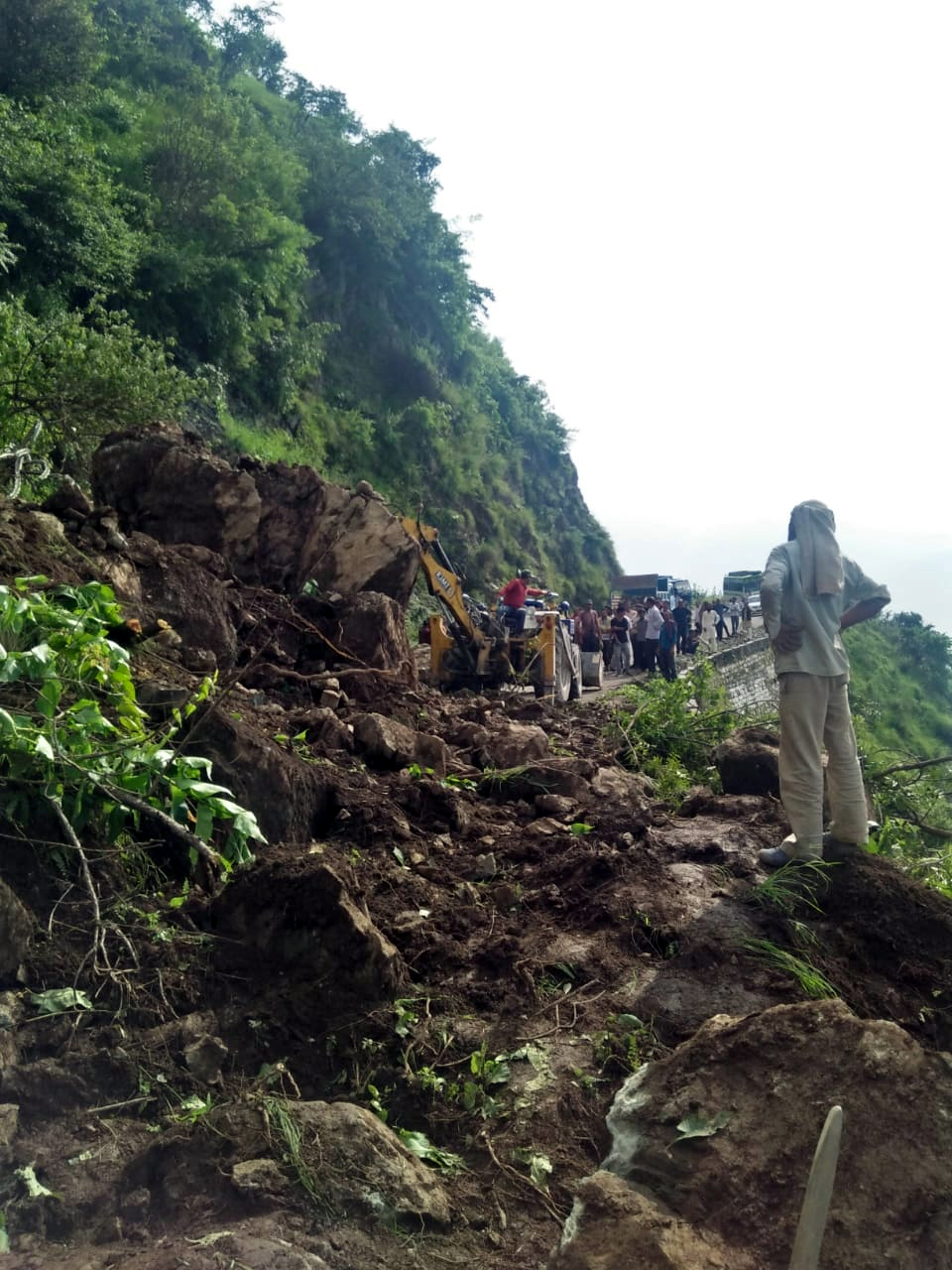 JAMMU, Aug 22: The heavy rainfall hit the normal life in Kathua district and caused a lot of trouble for common man and daily commuters due to blockade of Bani, Basholi and Billawer road at various locations.
Due heavy rainfall and landslides on Bani-Basholi road, Basholi -Mahanpur and Marra road. the traffic was suspended on Bani road and passengers faced  problems to reach  their destination well in time.
A dozer was pressed in service after few hours to clear the road and traffic was restored. The other roads in tehsil Bani and Basholi were also badly damaged and they were not worth for plying of vehicular traffic. The Hut Masska road, Dhar Mahanpur, Marra Patti, Dhamlad road and it’s adjoining areas link roads were damaged due to heavy rains,  water logging and land sliding. The Katli, Machhedi and Dayalachack road was also damaged at various locations and created serious problems as driving of the vehicular traffic was risky that they may cause accidents.