NEW DELHI, Aug 9: With the world population rising, more cultivable land area is required, but human actions have rendered many land parts unproductive, Union Environment Minister Prakash Javadekar said on Friday.
Speaking after launching a website dedicated to the upcoming Conference of the Parties (COP-14) to the United Nations Convention to Combat Desertification (UNCCD) to be held here in September, Javadekar said India will be a good host.
“From September 2-14, 2019, India is hosting COP 14 under UNCCD to combat desertification of land. More than 150 countries will participate.
“World population is increasing. So we need more land under cultivation but because of human actions, many land parts have become unproductive. We have to make it productive. Leaders from several countries will participate over this issue,” the minister told the reporters here.
“We have started a website on COP 14. It will be a significant step and India’s Prime Minister will also be a part of the programme. India will not fall short in being a host,” he added.
The COP 14 will be held in Greater Noida and over 5,000 delegates will attend it. During the two-week event, international and non-governmental organisations will also address the issues of combating desertification, land degradation and drought.
Earlier while launching the logo of the conference, the Minister had acknowledged that about 29.3 per cent of India’s total geographical area was affected by land degradation and the country stands strongly committed to the convention. (PTI) 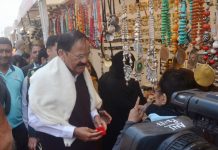 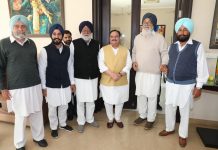 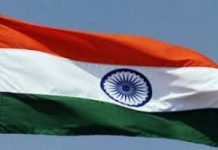