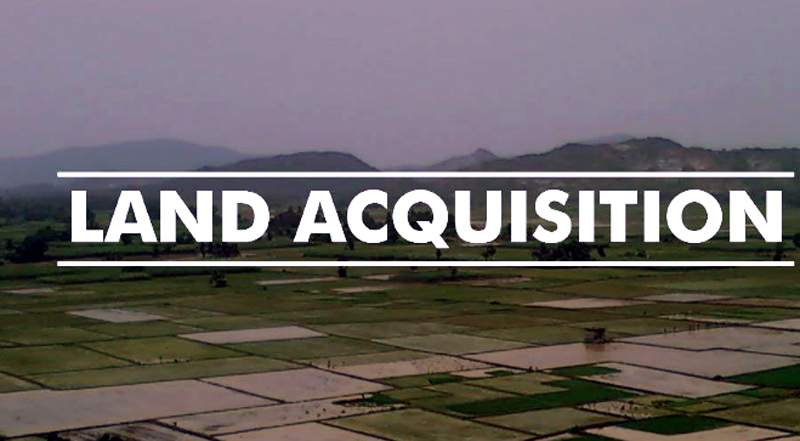 Development of the UT and for that matter the country is a continuous process which means it cannot be at any given time declared to be static and for ensuring development and raising infrastructure of different hues, what is necessarily required is land. Land is such a requirement without which no development can be even conceived – be it a roads or railways network infrastructure, industrialisation, urbanisation, building hospitals, universities, educational institutions and raising of other vital institutions and installations, constructing dams, canals and warehouses and the list is unlimited. The powers to acquire the private land , as such, vest with both the Central Government as well as the UT (or other State) Governments. Acquiring of land, however, must be under proper legal/statutory realms which also must necessarily be accompanied by paying ”adequate” compensation to the owners and even rehabilitate them in case dislocated due to acquiring of land.
Whenever any project is to be started , the greatest and the tallest hump, to be precise, crossed is acquiring private land smoothly without any prospects of seeking court intervention and thus stalling the related project. Since land is absolutely limited in supply while multifarious demands for it has made it so much a thing sought after that very often, the vendors en-cash this absolute indispensability to their maximum advantage. However, in most of the cases, adequate compensation or late reimbursement of cost causes the vendors / land owners approach courts to seek justice . In this connection, a landmark judgment by the Division Bench of the common High Court of Jammu and Kashmir / Ladakh has ordered that acquiring land under or on the basis of issuing of a notification under Section 4 of the relevant law was not proper as final declaration and an award had bearing on the related proceedings.
In other words, the said notification having already lapsed as back as in December 2016 and what the Bench has directed the respondents – say the Government and its various agencies – is to be guided by and follow the procedure under the Right to Fair Compensation and Transparency in Land Acquisition Rehabilitation and Resettlement Act 2013 as it regulates not only land acquisition but lays down and spells procedure eloquently . In this connection, we feel that the main issue – that of payment of fair compensation is eluding most of the land owners whose land was sought to be acquired as for deciding modalities about reckoning of fair compensation as also the rehabilitation wherever required, needed resolution right on the ground or on the spot where the satisfaction of the vendor was the ultimate approval for such acquisition.
It also meant that a humane, participative, clear and transparent process was given credence while going in for the land acquisition process. If under an award or by a Tribunal, compensation was decided at or near market prices, the same ought to be implemented for due compliance. May it be fairly known that the law of the land weighs high in favour of the one whose land was proposed to be acquired in that the compensation payable for the acquired land could be four times than the prevailing market price in rural areas and twice in case of urban areas. Not only that, the Act further provides for the consent of the vendor to be voluntary and independent and 80 percent consent of the sellers be there for acquiring land for private projects and 70 percent consent obtained for projects for PPP projects. Consent and satisfaction coupled with clarity and transparency are required to be given due weight-age whilst undertaking the process of land acquisition. Like that, a confidence and a trust gets generated paving the way for future smooth acquisition processes because without land no project could even be conceived let alone started.
It is also noteworthy that in the UT, the J&K Land Acquisition Act stands repealed which makes it absolutely necessary for the Government agencies to enter into agreements strictly under the Right to Fair Compensation and Transparency in Land Acquisition , Rehabilitation and Resettlement Act 2013 and as directed by the Bench. That will put to rest all ambiguities and discrepancies which were fairly visible under the old system.