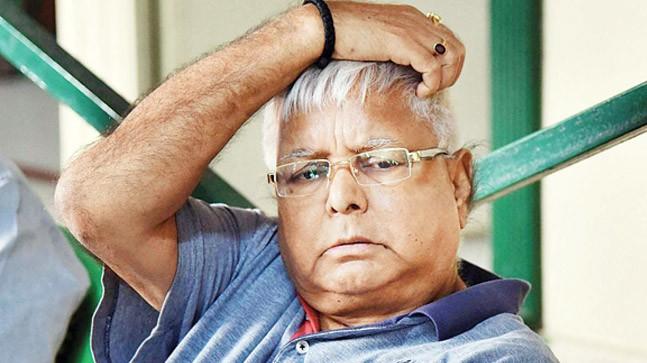 RANCHI, Feb 21:
A special CBI court today sentenced RJD supremo Lalu Prasad Yadav to five years in prison and slapped a fine of Rs 60 lakh on him in connection with the Rs 139 crore fodder scam where the Doranda treasury allegedly embezzled.
The court pronounced the sentence on the quantum of sentence after virtually hearing arguments.
“Lalu Prasad has been sentenced to 5 years imprisonment while a penalty of Rs 60 lakh has also been imposed on him. Apart from Prasad, five years imprisonment each was announced by the Court for five convicts, four years each for 32 convicts and three years each for three convicts,” CBI counsel BMP Singh said.
“Fine imposed on convicts ranges from Rs 1 lakh to Rs 2 crore,” Singh said adding that the highest amount of Rs 2 crore penalty was imposed on supplier Tripurari Mohan Prasad.
After his conviction in Rs 139.35 crore Doranda treasury embezzlement case, the fifth and final one against him in the multi-crore fodder scam on February 15, the ailing 73-year old former Bihar Chief Minister was lodged in the Birsa Munda Central Jail and then shifted to state-run Rajendra Institute of Medical Sciences (RIMS) in Ranchi on health grounds. (PTI)