Excelsior Correspondent
NOWSHERA, May 7: Former Member Parliament and president Dogra Swabhimaan Sangthan Party Ch Lal Singh voiced serious concern on the Press bribery case in Leh and termed it a blot on the BJP. He demanded high level probe into the matter.
While reacting to the pathetic conditions of the local people represented by Panches and Sarpanches and the total administrative failure in the area, Lal Singh castigated the present Government both in the State and at the Centre and its functionary on political front, who remained busy in minting money and expanding their family business, but neglected the general public who could not have even the basic necessities of life.
Lal Singh impressed upon the gathering that people are living in a democratic set up and they have the power to change. ” I have given a roadmap which is the panacea of all the sufferings,” he added.
He further said that Dogra Swabhimaan Sangathan Party (DSSP) will fight for all the rights of the people of Jammu. He called upon all Dogras to understand the apathy of successive Governments, who always treated the people of Jammu as a commodity and never bothered about the legitimate issues of Jammu. All the successive Governments have ignored the interests and aspiration of the Dogras.
Lal Singh further said that recently antinational elements in the prestigious college of the Jammu also raised anti- India slogans and no action against them has been taken and a deep routed conspiracy seems to have been hatched to destabilize the peaceful environment of the Jammu. He said that DSSP will contest all the 37 seats of Jammu and appealed to the masses to support the vision document of the DSSP.
Dr Hari Dutt Shishu and Dr Subash also spoke on the occasion. Prominent among those present on the occasion included Kamal Saini, Retd IGP, KD Singh, Kuljeet Singh, Vikas, Sunita Sharma, , Prof HR Sharma, Col JP Singh, KP Singh, Narinder Bhau, Dr Ashok, Mohan Malagar, Ashutosh Kapoor, Rashpaul Bitu, Dhian Singh, Suman Wazir and others. 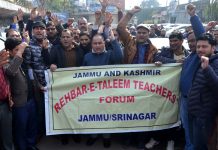 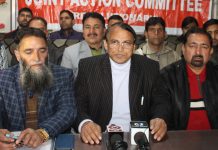 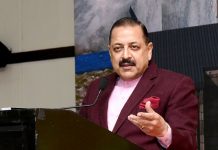 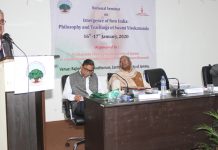 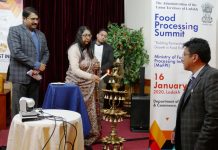 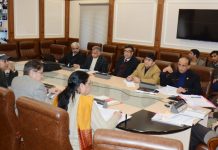 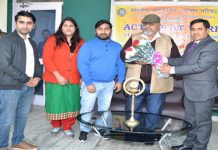 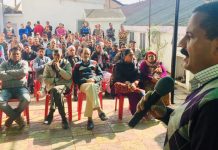 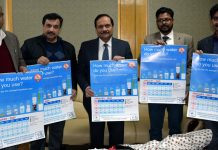 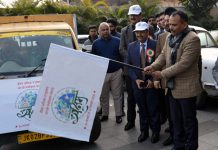 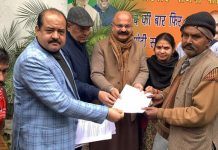 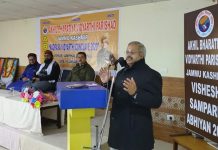