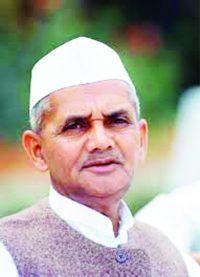 G L Khajuria
Born on October 2nd, 1904 at Moghalsaria (U.P) in a below the mediocre family, Shastriji was really a gem second Prime Minister of India after Pt. J. L. Nehru. His father who was a school teacher died when Shastriji was barely two years old and as such he was being brought up by his maternal grandfather. As his earlier days of childhood were poverty-ridden, he had to encompass many odds and he faced all these valiantly with due devotion and dedication.
When Shastriji was barely 17, he was attracted towards freedom movement and as such plunged into the freedom arena most boldly keeping body and soul in togetherness and unambiguously took part in various movements started by the Father of the Nation, “Bapu Gandhi”, and on most of occasions he was arrested alongwith other freedom fighters. Amidst the fiery freedom struggle movements, he occasioned to join ” Kashi Vidyapith,” where he studied under the renowned scholar Dr. Bhagwan Dass, which ultimately made him to secure “Shastri Degree” and in later stages it became a part and parcel of his name and fame.
“Jai Jawan’ Jai Kisan” was the slogan of Shastriji and he enshrined ‘Jawan’ and ‘Kisan’ as the fountainheads of a nation upon which rests the foundation of the nation. In the words of A.S. Raman. “There is no doubt that Shastriji has all essentials if not externals of man of destiny.”
Mr. Shastriji continued to take part in freedom movement very actively along with his contemporaries like Lala Lajpath, Mahatma Gandhi, Nehru and many of their ilks and the ensuing period spanning 1952-1964, Shastriji had remained a member of India’s Counsel of Ministers. He left an indelible print in the Indian history when in 1952, he been the Railway Minister and voluntarily resigned because of a ‘Rail-accident’ taking the responsibility on his shoulders. Such were the rare of rarest qualities bestowed upon him.
In May 1964, on the sad demise of Mr. Nehru, Shastriji was unanimously chosen to succeed Mr. Nehru as the second Prime Minister of India and during his shorter-spell of prime minister ship, he led India on the path of progress. Work, for him was worship and rest, the rust. He worked tirelessly without and fear or favour, with due dedication and devotion. Shastriji was a silent worker and he tackled multifarious off-shooting problems skillfully and in the most meticulous design of things.
Mr. Shastriji has had utmost regards for ‘Jawan’ and ‘Kisan’ and on one occasion, he called ‘Manoj’ and ‘Shashiji,’ duo film maker as to whether they can produce a film of twin forces of the nation-‘Jawan’ and ‘Kisan’. With utmost emotion that appeared on their faces, they assured, it is quite possible and that is how’ upkaar’ was produced and directed by Manoji.
And, of course, in another occasion his son Sunil who was all along watching Shastriji of his late coming from office….one night he kept waiting till late and asked his father, “you are always over-burdened in the office matters and have least regards for the family members”. ‘Smilingly’, Shastriji replied, My dear boy…don’t ever think so … whole India is my family…and perhaps you are luckliest that I sleep with you. Upon this Sunilji had to apologize. Such were the rare of rarest qualities imbibed in Shastriji which perhaps none of his contemporaries ever possessed.
In mid seventies, the writer amongst other fellow colleagues had an occasion to visit Shastriji’s residence, congested rooms and though of course, I can say a national heritage. A small home with all traditional ‘Dhooties’ & caps the old traditional pens and holders and the ink-pots which really touched my inner voice vehemently
In 1965 Pak invaded India and in dealing with upspring situation, Mr. Shastriji did not make hurry but very meticulously dealt with Pakistan to come to negotiable settlement and offered him a chance to talk in terms of peace but when she could not understand the language of peace, he hit hard and the entire nation stood as a one man to meet the challenge and the enemy had to bear the retreat bootlessly with humiliation.
This was the sort of courage and boldness shown by him under his dynamic politburo. After the cease fire was drawn and its aftermath followed “Tashkent’ agreement” when the President of Pakistan proceeded Russia. After great deal of deliberations, Mr. Shastriji was made to sign the agreement to the effect that the Indian forces who had occupied Pak territory be withdrawn. To his utmost zeal and disappointed degree of emotion, Mr. Shastri could not bear the burden of signing the agreement. And ill luck had it that soon Mr. Shastriji left this world.
The sudden and untimely demise of Shastriji shook and utterly shocked the nation as a whole and a holocaustic scenario pervaded over Indian horizon. Shastriji was truly the real son of India. He was a great gem amongst gems who never ever yielded to power or pelf. He possessed the qualities of head and heart. His name shall remain in the History of India till the sun shines, moon soothes and stars remain glittering in cosmos.
feedbackexcelsior@gmail.com

Victimized section of society Thy name is Rehbar-e-Taleem Teacher 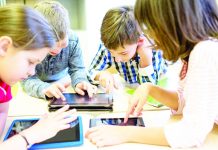 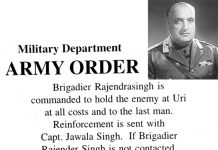