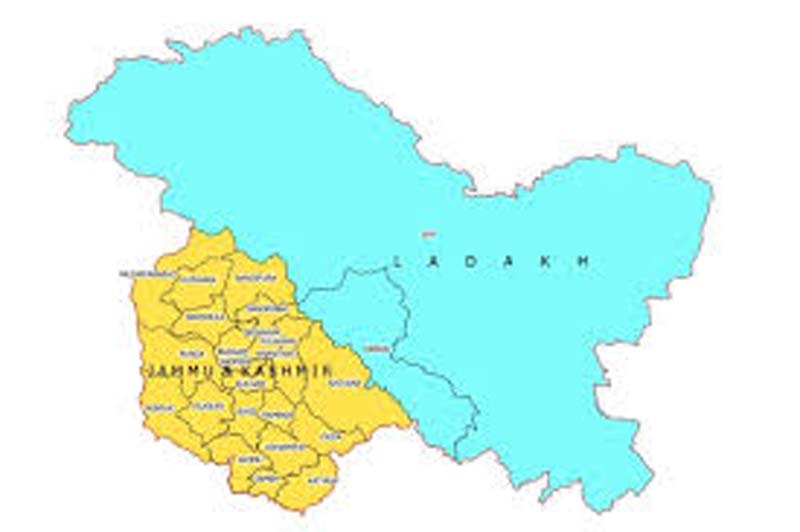 Hill Councils asked to identify land for creation of infra

Mohinder Verma
JAMMU, Nov 13: Union Territory of Ladakh has set into motion an exercise to create full-fledged units of Police like Crime, Security and Traffic on the lines of other Union Territories in the country as early as possible in order to ensure required focus on all the important aspects.
Talking to EXCELSIOR on telephone from Leh, Inspector General of Police (IGP) Ladakh, S S Khandare said, “the manpower transferred to the Union Territory of Ladakh from the Union Territory of Jammu and Kashmir till date is not sufficient to create full-fledged units of Ladakh Police like Crime, Security and Traffic as such exercise has been set into motion to work out the exact requirement of each wing in a time bound manner and project the same before the Lieutenant Governor for necessary action”.
“No doubt, there are full-fledged offices of District Superintendents of Police in Leh and Kargil but following creation of new Union Territory all other wings are required to be established so as to ensure required focus on all the important aspects”, he further said, adding “deliberations are going on with both the Hill Councils as without their cooperation necessary infrastructure cannot be created for Ladakh Police in a time bound manner”.
In response to a question, the IGP said, “we still need additional police personnel in thousands for which recruitment process will be devised in coming months but in order to meet the requirement immediately Lieutenant Governor will be requested to take up the issue with the administration of Jammu and Kashmir Union Territory so that more police personnel including gazetted rank officers are sent on deputation to UT of Ladakh”.
“For fresh recruitment and training we will have to create more infrastructure and that will take quite long time”, the IGP further said, adding “the Hill Councils of both the districts have also projected the requirement of creation of more Police Stations and up-gradation of existing Police Posts as such their Chief Executive Officers (CEOs) have been asked to identify and allot the land for construction of suitable infrastructure for all the wings of the Ladakh Police as early as possible”.
In response to another question, he said, “we will complete the preparatory work during the current winter season so as to pave the way for start of work on the ground with the improvement of weather conditions next year”, adding “keeping in view limited working season in Ladakh creation of infrastructure for all the wings of Ladakh Police will take considerable time”.
Flagging traffic management as his priority area, the IGP said, “posts of SP Traffic and other ranks will be created as early as possible for better management of vehicular movement in Leh and Kargil, which witness huge influx of tourists during summer season”, adding “I have also decided to introduce Tourist Police in the Union Territory with proper training so as to facilitate tourists at famous destinations of both the districts”.
“We are also studying the police set-up in other Union Territories of the country so as to formulate the plans as early as possible and formally establish different wings of Ladakh Police”, IGP said in reply to another question. He, however, said that at present there is no clarity about anti-corruption mechanism in the Union Territory of Ladakh.
“It is yet to be decided whether independent agency will be created to fight the menace of corruption on the lines of Anti-Corruption Bureau in the Union Territory of Jammu and Kashmir or any concerned Central Government agency would look after this aspect”, Khandare said.
He disclosed that a formal security review committee would also be established in the UT of Ladakh on the lines of UT of J&K to take decision on providing security cover to the protected persons including the Chief Executive Councillors of the Hill Councils.