Col J P Singh
The war clouds, which hovered over Ladakh after 15 June 2020, continue thundering awakening nation out of the perpetual slumber. Much needed fast track arrival of 5 Rafael Jet Multi-task Fighters is the first indication of something happening in the corridors of power. Large scale military build up by both opponents in Ladakh is a flash-point for the war clouds to burst.
Indian Aksai Chin and Shaksgam Valley are already in Chinese illegal occupation since early sixties and now the Dragon’s evil eyes are on Ladakh and illegally Pakistan held Gilgit-Baltistan. China calls Ladakh as ‘Little Tibet’ and claims it as part of Tibet. It was clear after 5th August 2019, when Home Minister Amit Shah had said in the Parliament, “Jammu & Kashmir is an integral part of India and when I talk about J&K, POK and Aksai Chin are included in it”, that China won’t take it kindly. Consequent to it, as we saw, China outrightly threatenend India, fuelled Pakistan’s hue and cry over Kashmir and raised the issue at the UNSC while the LAC remained lull. We fell pray to ruse. This was the time that the ‘Treaty of Chashul’ of 16 September 1842, intent and valour of the Dogras & Ladakhis was put on the table at the international forum and both China & Pakistan demeaned at the hustings. Once bitten twice shy; we should have been wise, vigilant and prepared. But we were caught unaware. Occupation of neighbours territory is nothing new for the Chinese as the map reveals. She has not spared any neighbor. We knew it well. Ladakh event is not surpring in the above context. Ironically illusive complacency has raised the stakes immensely.
The strategic importance of Ladakh is not new to any defence analyst. This was so well known to Dogra Rulers and their military commanders right from early ninteenth century. Hence they conquered Kingdom of Ladakh in 1834. For the same reason Sino-Tibetan forces retrieved it in 1841-42 but Raja Gulab Singh restored it soon and concluded the ‘Treaty of Chushul’ with Chinese & Tibetans setting aside their claims over Ladakh. Thereafter in 1947 Ladakh was almost lost to Pak invaders but the Dogra Regiment of the Indian army and locals rescued it. In 1962 Kumaonis under Maj Shaitan Singh, Gorkhas under Maj Dhan Singh Thapa and Ladakhis under young lad Chewang Rinchen, later Col with MVC* & SM, fought to defend Ladakh. In 1999 Indian army, with the support of 3000 Dogra & Ladakhi Youth of ‘Tanda Tiger Force’ rescued Leh from Pak invaders. For China, the security of its CPEC and Diamer-Basha Dam in Gilgit-Baltistan, Ladakh is very crucial. Therefore Ladakh’s strategic importance is historical and self explanatory. Flash-point is not yet simmered down. Hence Ladakh has to be defended. It better be defended aggressively as before. I am sure plans must be ready to react fast if needed. (Reference to Dogras and Ladakhis is therefore vital because a situation may arise when the past Treaties, history, intent and valour of the army will standfast on the negotiating table).
India needs to revisit the history and geography. Delhi should understand that Dogras ruled over J&K including Ladakh, Gilgit Baltistan and POJK for 113 years before annexing them to India in 1947. Ladakh was used as firm base for the conquests of Gilgit-Baltistan and Western Tibet and holds-good even today to retrieve POJK & Gilgit-Baltistan and conversely same holds good for China & Pakistan. Complexity of strategic importance of Ladakh and the battle of wits is therefore a serious issue. As a layman, I feel following actions are worth considering. (i) The map of princely state of J&K, which Maharaja Hari Singh acceded to India, should be dispalyed in PMO, MOD, MEA, MHA and military CDS offices to draw their attention to the strategic areas of India vis-a-vis always glued to vote bank areas. (ii) Ladakh conquests and PLA war doctrines should be taught & discussed in Staff Course, Higher Command and NDC and tactical doctrines evolved accordingly. (iii) History and heriatge of Jammu, Kashmir and Ladakh be taught in schools and colleges. (iv) Special forces based on Ladakhis, Dogras, Paharis, Nomads and Tibetans, preferably Airborne, be raised as compact battle groups, to carryout tactical missions behind the enemy lines. (v) Treaty of Chushul, which was signed by Wazir Ratnu and Dewan Hari Chand on 14 September 1842, from a position of strength, after the most sigificant victory of state forces which marks a historic milestone of the military history, be referred to in media debates on the local and national channels. (vi) Martyrdom of young Commanding Officer at Galwan, who laid down his life to tell India that China needs to be contested at all level be highlighted. (vii) What makes Indian claim over Aksai Chin, illegally held part of India is the Treaty of Chushul. It records Indian legitimacy over Ladakh. This must be invoked. (viii) Instrument of Acession must also be invoked to counter Chinese claims over Ladakh . (ix) Dogra youth should be empoyed as Porters as done in ‘Op Vijay’ for logistical support, screened and enrolled in the special forces when required, if found suitable for fighting in the high altitude mountains.
I will like to conclude by quoting a British historian who said, “men learn nothing from history except that they learn nothing from history”. Pak intrusions in Kargil in 1999 and ‘Op Vijay’ are etched in our memory and the annals of miliary history. But we learnt no lesson. Hence histroy has repeated itself to teach us again. If we still don’t learn, it will be at our own peril. Since the Kargil type military option is out at the moment and for the diplomacy it is too early to show results, in the meantime histoical & strategic perspective must be forcefully highlighted to arouse nationalism and further expose Chinese treacherous claims and its mischevious leadership.
feedbackexcelsior@gmail.com

Myth of The Year

Life is not about getting …but giving 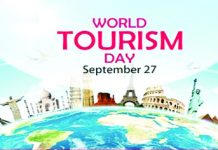 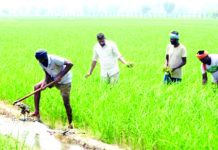