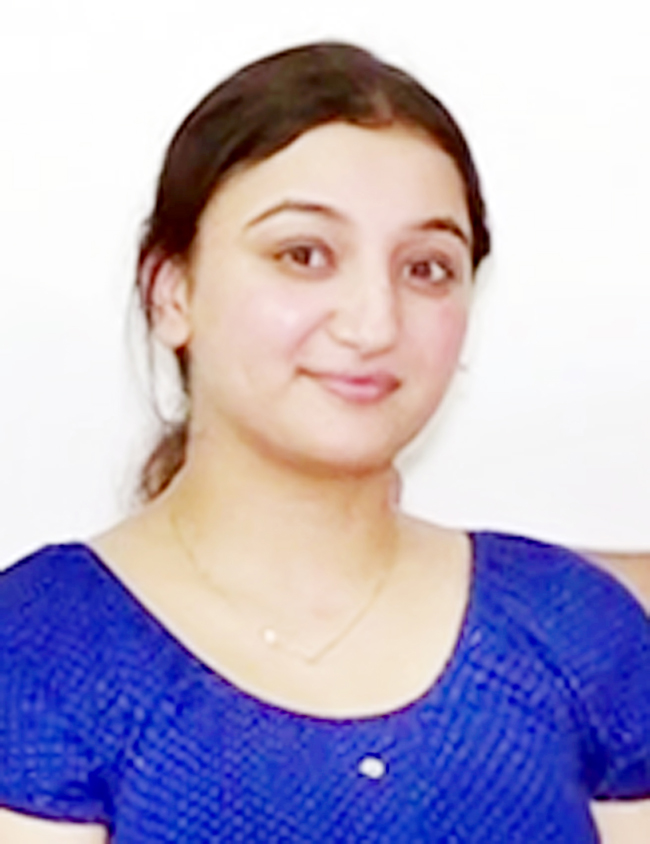 Govind Sharma
JAMMU, Aug 24: Kishtwar girl, Urvashi Raina has become a role model for the youth of not only Kishtwar district but also for Jammu district by doing top in Kashmir Competitive Services (Judicial) Examination 2018, the result of which was declared yesterday.
Hailing from Palmar village of tehsil and district Kishtwar, Urvashi Raina in an exclusive interview to Excelsior said that her mother always wanted to make her a doctor, so she opted for medical stream in class 11th but after 12th when she could not crack JKCTC exam, she joined Law School of University of Jammu in 2013 and made Kashmir Competitive Services (Judicial) Examination as her ultimate aim as her father wants to make her judge.

Urvashi said when her Law degree completed in 2018, she appeared in Kashmir Competitive Services (Judicial) Examination but she had never thought that the success will come to her so early although she had decided on day one of joining the Law School that one or other day she will crack this prestigious exam.
To a question that how she sees her future life as a judge of a court as she has achieved her target at a very young age while many struggle for years to get success, Urvashi said it doesn’t matter whether you achieve your target early or late. “If you are passionate and determinant, you will taste the success one or other day,” she asserted and added that she wanted to serve the country as much as she can through her profession.
She said that Indian judiciary needs major reforms as the pendency rate of cases in India is very high. “Even Chief Justice of India has expressed concern over the issue many times, so I will work to dispose of as many as cases I can to reduce pendency of cases,” she added.
On unnecessary litigations, Urvashi said that people have trust in court so when they didn’t get justice from anywhere, they move towards court with firm belief that they will definitely get justice there so it will be wrong to use the words ‘unnecessary litigations’.
“With the passage of time, everything change so I think there will be definitely some change in judiciary too, particularly when education system is also changing and the new lot of judges is coming,” she said when asked whether she want to see any changes in Indian judiciary system in the coming future.
Talking about her hobbies that she loves to dance and listening music, Urvashi Raina said that now a new life full of responsibilities is waiting for her where she will get little time for these but she is happy as she is going to become a responsible citizen. “When I will deliver justice to anybody it be give me real joy,” she added.
When asked what will be her message to youth of Kishtwar for which she has emerged as a role model, Urvashi said that she doesn’t see her as a role model but of course youth can take her as a kind of inspiration. “I always believed in myself that I can do it and so it will be my advice to the youth of Jammu and Kishtwar to set their goal, believe in themselves, work hard and remain determinant towards their goal,” Urvashi added.