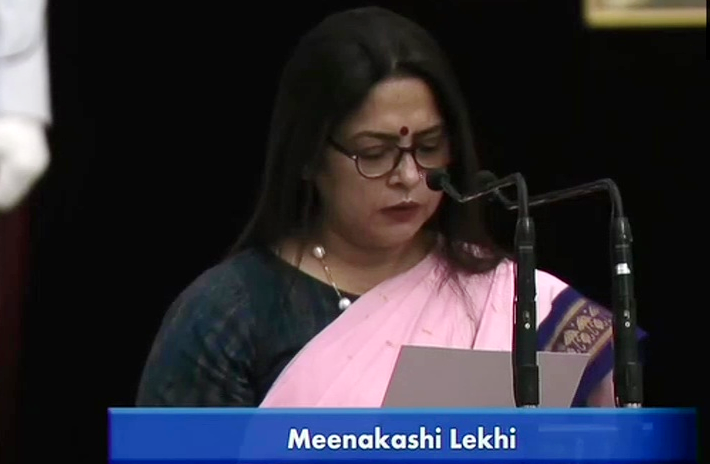 NEW DELHI, Dec 22: The Aam Aadmi Party (AAP) Government has failed to open new ration shops in Delhi but has started opening liquor stores across the city, Union Minister Meenakshi Lekhi claimed on Wednesday.
Participating in the Delhi BJP’s signature campaign against the new excise policy of the Arvind Kejriwal dispensation, the New Delhi MP said that allowing private parties to open liquor stores will impact revenue of the city Government.
“The Kejriwal Government has not opened any new ration shops or issued fresh ration cards but is opening liquor stores all over the city. It will have a harmful effect as families will be broken with people falling prey to alcoholism,” Lekhi told reporters.
Delhi BJP president Adesh Gupta said that his party’s workers have been opposing the AAP Government’s excise policy for weeks and will not rest till it’s withdrawn.
“The people of Delhi are unhappy with this policy that aims to open 850 liquor stores across the city on the pretext of equal distribution. Is there any need for this. Why does not the Kejriwal Government work for equal distribution of water, improving health and education, and cleaning the Yamuna river instead,” Gupta said.
He said that the campaign led by the BJP’s mahila morcha will collect 15 lakh signatures in the coming eight to 10 days.
The list of signatures will be handed over to the President of India requesting him to intervene for withdrawal of the Delhi Government’s excise policy, Gupta said. (PTI)