NEW DELHI, Nov 9: The survey for the construction of the ambitious Katra-Delhi Express Road corridor has been completed and after the initial exercise conducted by Messrs Feedback Consultants Ltd, decks have been cleared for the next stage of the project. This will also be accompanied with the widening of the existing Pathankot-Jammu National Highway from four lane to six lane.
Disclosing this, after receiving an update from Chairman of National Highway Authority of India (NHAI) Sukhbir Singh Sandhu, Dr Jitendra Singh said that he had placed the proposal before the Union Minister Nitin Gadkari about two years ago and he is gratified that it has been accepted and carried forward.
The 575 km long Express Road corridor, Dr Jitendra Singh said, will cost over Rs. 35,000 crore as of date, and it will connect Katra to Delhi via Amritsar. In other words, he said, the unique characteristic of this road corridor would be that it will connect the two holy cities of Katra and Amritsar directly with Delhi and the pilgrims will also have the option of planning an itinerary incorporating Golden temple as well as Mata Vaishno Devi shrine. The new Express Road corridor may take some time to complete because of certain formalities including forest clearance etc, but when complete, it will reduce the travel time from Katra to Delhi to seven hours and from Jammu to Delhi to just about 6 hours.
A day may come, said Dr Jitendra Singh, when people might prefer to travel by road from Katra to Jammu or from Jammu to Delhi, instead of taking an air flight or train, because this may be much more convenient, cost-effective and less time consuming alternative along with the option to choose the timing of travel.
Meanwhile, NHAI Chairman also updated Dr Jitendra Singh about the progress on the country’s first- ever two Highway Villages coming up in Kathua and Udhampur respectively, for which the land has already been acquired. While the tendering process for the construction of Udhampur Highway Village is expected to start soon, the work on Kathua Highway Village has been slowed down for a while so as to make it compatible with the dimensions of the widened National Highway, since the present 4 lane Highway on which it is located is also to be simultaneously converted into a 6 lane Highway.
The proposed new alternate National Highway from Lakhanpur via Bani Basohli to Doda and the follow up of the Chhatargala tunnel through the Ministry of Defence were also discussed. 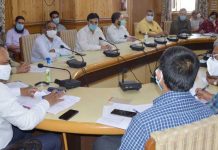 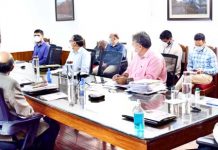 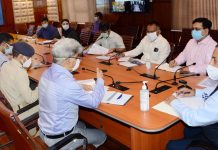 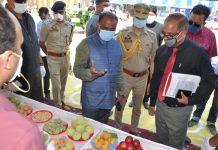 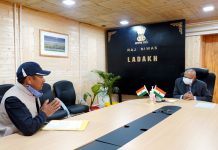 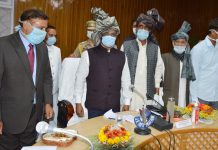