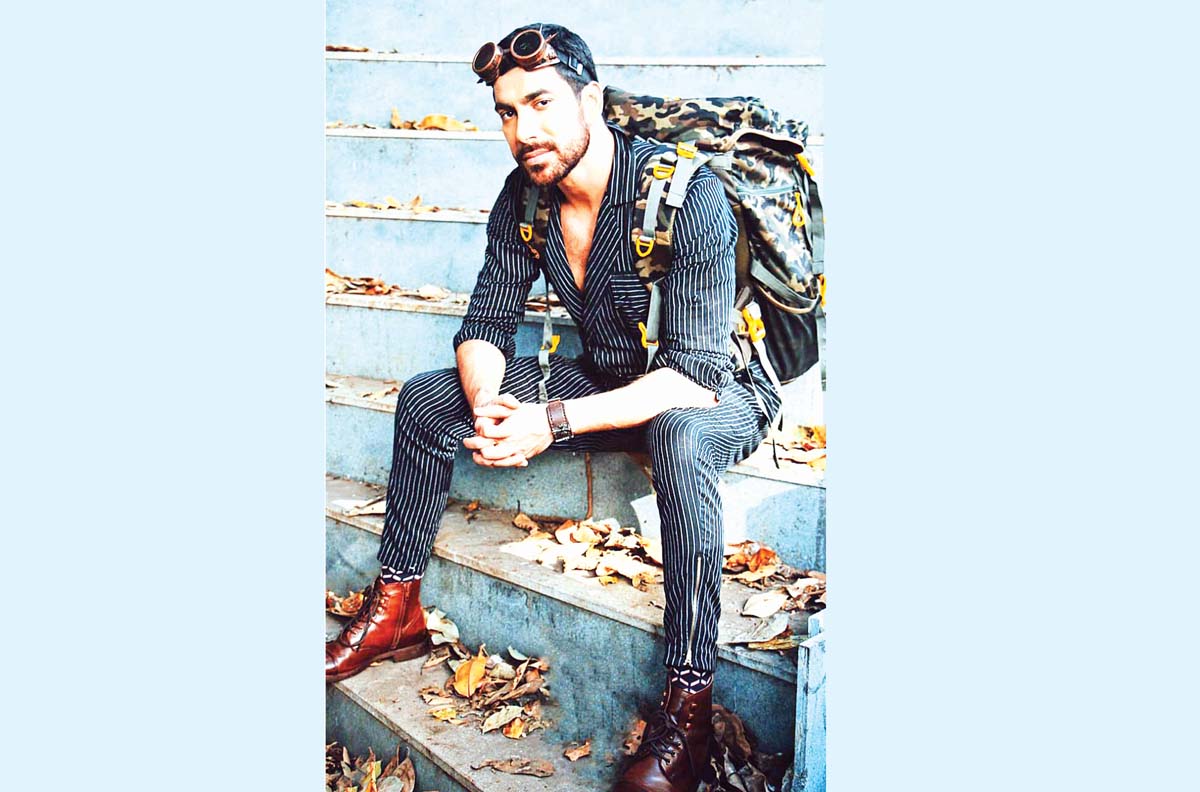 An actor who has carved his name on the theatre landscape of the country and continues to mesmerize audience with his flawless acting has done his home State J&K proud by getting this year’s National Bismillah Khan Yuva Sangeet Natak Academy Award in the field of Acting for the year 2018. He is none other than Sunil Palwal who hails from the holy town of Katra.
Dreaming, and putting every possible effort to turn your dreams into reality is something, which differentiates a star from the rest. When someone has that fire in his belly to attain heights, he’ll put a tough fight to reach there, regardless of the place where he’s born or the school he’s taken his education from. With minimal opportunities in Jammu and lack of awareness among the people, thinking of becoming an actor is beyond the bounds of possibility.
Sunil Kumar Palwal- is a well known actor of the country who was born on 22nd May, 1985 and started his theatre career in the year 2002 as a child actor with a Jammu based theatre group ‘Natrang’. Sunil was born and raised in Katra and later on shifted to Jammu to pursue Bachelor’s from GGM Science college. He was pursuing mass communication from Delhi, before he got selected for a diploma course in Drama in Himachal Cultural Research Forum and Theatre Academy Mandi, Himachal Pradesh. He had a major turnaround in 2008 when he got himself enrolled in Films and Television Institute of India (FTII), where he got an opportunity to work under some of the finest actors and directors of India, be it Naseeruddin Shah or Saurabh Shukla, Benjamin Gilani or Meeta Vasisht, Tom Alter or Rakesh Bedi, he’s worked with all. “So FTII was the place where I found, that this is my chance. From here, I can become what I have always dreamt of. Craft is believed to be one of the most significant faces of an actor, and FTII helped me to imbibe it,” said Sunil Palwal.
Sunil made his silver screen debut in 2013 on television with ’24’ Produced by Anil Kapoor and directed by Abhinay Deo. He has also acted in many other TV shows including Prithvi Vallabh. His first film roles came in 2014 in the films ‘ Yeh Dil Ramta Jogi’ directed by Swaroop Kanchi and he went on to play interesting roles in several films including Jolly LLB 2 (2017). Some of his filmography includes Shehjar (Nikhil Allug), Recurrence (Pramod Jhajharia), Kajal (Paakhi Tyrewala), Gulab Gatha (Balwant Thakur), Parchhai (Jeff Goldberg), The Persian (Jeff Goldberg) etc. Not only in films he also featured in many daily soaps which include Prithvi Vallabh (Sony), Mahakumbh (Life OK), 24 (Sony), Rush (MTV), CID (Sony), Shapath (Life OK), Balika Vadhu (Colors), Sapne Suhane Ladakpan ke (Zee T.V) and Dil Jo Na Keh Saka (Doordarshan) besides webseries of Bose Dead or Alive, music Vedio Motorka For Michael Hruza (famous Singer from Czechoslovakia) and narration for “Todarmal” (short movie).
On stage, Sunil starred in the Barff (Saurabh Shukla) and Mughal-e-Azam (Feroz Abbas Khan). Having the credit of performing ‘Devdaas’ and ‘Saleem’ in one of the most celebrated Broadway style plays created in India, Sunil Palwal received critical acclaim and appreciation from all quarters for playing these historical characters. The latter won him best ensemble cast award in the 2017 Broadway World India Awards. He has also the credit of having done the character of Devdas in the play Devdas which was directed by Saif Hyder Hasan. His other plays in which he has proved his mettle and won the accolades of the theatre fraternity of India includes ‘An Ode to Wisdom’, ‘Clear’, ‘Gunhegaar’, ‘Rizwaan’. ‘Jaanch Padhtaal’, ‘Khamosh! Adaalat Jaari Hai’, ‘Mote Raam Ka Satyagrah’ etc. Presently, he is doing series of shows ‘Pajama Party’ as a lead actor under the supreme guidance of Atul Satya Kaushik.
While we talk to the most celebrated film and stage actors and one of his mentor Saurabh Shukla, he says, Sunil is an actor of par excellence. I met with him when I went to FTII to teach him and there I liked him very much and saw his potential. He put his all out effort to work on a character. I used to say him whenever you come to Mumbai, just meet me and he came to me and we did Barff together which we have also performed in Jammu during 8th Theatre Olympics. I am very happy for him that he has achieved National recognization in the field of acting and today I am feeling proud of him. I hope Jammu is feeling proud to have him who is bringing laurels for its state as well as nation.”
Talking to us Sunil Says, “Jammu not only helped me in learning my inner being, but also gave me a new identity. My message to the budding actors would be, Jammu has immense talent, but one thing aspirants should always keep in mind is, never stop believing in yourselves.
I feel, over the years Jammu has evolved a lot and recalling my theatre days in Jammu we never had any such opportunity to extract the best out of the events happening here. Now, the days have come when people have started believing that acting is a walk in the park, but one thing needs to be taken proper care of, to become an actor is a hard nut to crack, you’ll succeed only if you are ready for the grind!”